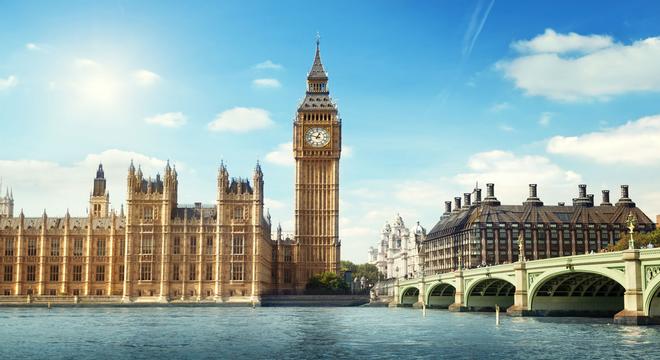 Day 1: WINDSOR CASTLE
Tour begins 2:30 PM, Windsor hotel. Visit Windsor Castle, residence of The Queen and the largest inhabited castle in the world. In the evening, join your group for a welcome drink before dinner. Take an after-dinner walk around this compact and historic town with a local guide.
(D)

Day 2: OXFORD & YORK MINSTER
Stroll through central Oxford to see some of the most famous colleges and impressive buildings. Head to York to tour the Gothic York Minster, which is renowned for magnificent medieval stained glass windows. Enjoy a walking tour -- the only way to access the tiny medieval streets including the Shambles, one of the city’s narrowest alleyways.
(B, D)

Day 3: BAMBURGH CASTLE & SCOTTISH EVENING
As you head north pause for photos at a section of Hadrian’s Wall. Visit Bamburgh Castle, an imposing medieval fortress that is one of the largest inhabited castles in Britain, dating back to 1096. This magical castle is set high on a rocky plateau affording wonderful views along the coast. Continue to Edinburgh and enjoy a lively Scottish evening with dinner and entertainment.
(B, D)

Day 4: GUIDED CITY TOUR & EDINBURGH CASTLE
Explore central Edinburgh, starting in the 200-year-old “New Town” with its planned streets and elegant Georgian houses. View Princes Street, the city’s premier shopping street and see the Royal Mile where medieval houses are clustered closely together. Tour the massive Edinburgh Castle to see the Crown Jewels of Scotland and the Stone of Destiny. The afternoon is free for independent activities. On August 5 to August 19 departures watch the spectacular Royal Edinburgh Military Tattoo on the Castle Esplanade.
(B)

Day 5: LAKE DISTRICT & BRITISH MUSIC EXPERIENCE
Travel through the Lake District, a region associated with Beatrix Potter who worked tirelessly for its preservation. Stop in the peaceful village of Grasmere where William Wordsworth penned some of his popular lines. Continue to Liverpool to visit the British Music Experience to see the exhibition dedicated to the history of popular music in Britain and admire the priceless collection of music memorabilia. After dinner head to the world-famous Cavern Club.
(B, D)

Day 6: TINTERN ABBEY & WELSH EVENING IN CARDIFF
Travel through scenic Shropshire, one of the most unspoiled parts of rural England. Stop in Ludlow, a town that can trace its origins back 900 years, to see the huge castle and quaint old black-and-white houses. Continue through the lovely Welsh countryside to visit the picturesque ruins of Tintern Abbey, founded in 1131 and dissolved in 1536 by order of King Henry VIII. Head to Cardiff and tour Cardiff Castle, before enjoying a Welsh evening of dinner and lively music and entertainment.
(B, D)

Day 7: ROMAN BATHS & STONEHENGE
Take a walking tour of Cardiff to see the principal areas and buildings. Head to Bath for a visit to the Roman Baths and Pump Room, hot mineral-rich springs that have been popular since Roman times. Marvel at the prehistoric circle of vast monoliths of Stonehenge at Salisbury Plain and learn about the primitive building methods used to create such an enduring monument. In London, the evening is free for independent activities.
(B)

Day 8: LONDON TOUR & TOWER OF LONDON
Set out on a panoramic tour of central London to see famous landmarks including Piccadilly Circus with its statue of Eros, Nelson’s Column flanked by huge lions in Trafalgar Square, Westminster Abbey, Big Ben and the Houses of Parliament. Visit the mighty Tower of London to see the many fortresses, Beefeaters, ravens and the priceless Crown Jewels. The rest of the day is free for further exploring.
(B)

Day 9: LONDON SIGHTSEEING
London sightseeing by open-top bus tour around the many famous landmarks. There are a number of different bus routes to choose from as well as a walking tour and a cruise on the River Thames.
(B)

Day 10: TOUR ENDS IN LONDON
Your tour ends after breakfast.
(B)