One of Ireland's quintessential attractions, a visit to Blarney Castle and kissing the Blarney Stone is high on most people's list of things to do in Ireland. 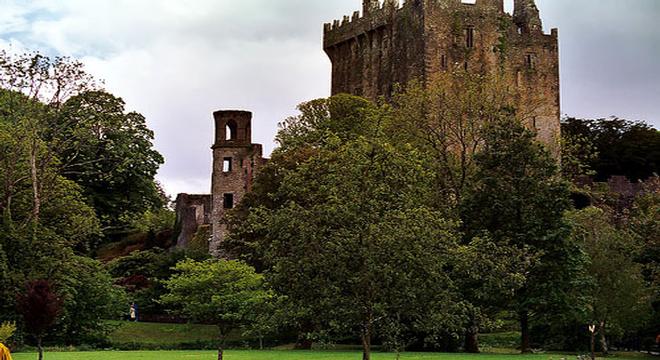 In order to taste the best Ireland vacations, a visit to Blarney Castle and kissing the Blarney Stone is a must on most people's list of things to do in Ireland.

For many years people have descended on the picturesque, 15th Century Blarney Castle with the purpose of kissing the Blarney Stone to be bestowed with the "gift of the gab", the talent for eloquence that the Irish famously possess. The Blarney Stone is situated at the very top turret of the castle and to kiss it you have to lie on your back and reach under the battlements to kiss the stone as the wind whistles around your ears, and someone takes a firm hold of your legs! But it's all perfectly safe and you'll go away with something new to talk about, with a touch of Blarney.

Though kissing the stone is a relatively new ritual and one that has proved hugely marketable, the association with smooth talking and Blarney goes back many centuries. When Queen Elizabeth I of England sought to impose her rule on Ireland's Gaelic Chiefs, The Lord of Blarney, Cormac MacCarthy, proving most elusive, would reply to her demands with flamboyant flattery rather than submission. The Queen was to reply, "this is all Blarney, he never means what he says and never does what he promises." And so the word Blarney came into the English language, eloquent words that flatter or deceive.

The history of the castle goes much further, it was built around 1446 for the MacCarthy Chieftains of Munster, though its believed a settlement was established here as early as the 10th Century. The MacCarthys held sway over Blarney and Munster throughout the many tumultuous centuries of Anglo-Irish conflict until the defeat of the old Irish nobles at the Battle of the Boyne in 1690, after which the Lord of Blarney was exiled.

Blarney Castle presents a fairytale picture, its tall towers are set within wonderful gardens containing such romantically named landmarks as, the Druids Altar, the Witches Kitchen and the Wishing Stairs. All of which add to the whole magic of Blarney Castle.

Taking photographs at Blarney Castle is a popular choice for wedding couples. For more information on this or perhaps you are interested in a honeymoon in Ireland , visit us today.