Perhaps the best known building in Belfast, the city hall was once again a symbol of the vision Belfast's city fathers had of themselves and their city. 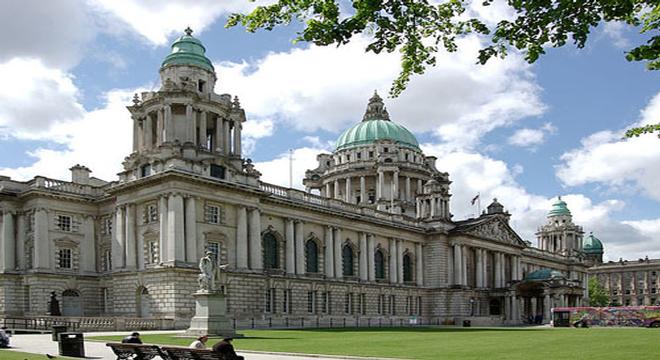 Perhaps the best known building in Belfast, the city hall was once again a symbol of the vision Belfast's city fathers had of themselves and their city.

After Belfast received its city charter from Queen Victoria in 1888, plans were begun a new City hall to replace the existing Townhall 1869-1871 (situated between Chichester Street and May Street.)

Work began in 1896 under the supervision of the Surrey born architect (Sir Arthur Brumwell Thomas) and was completed after numerous alterations to the original plan and long overdue in 1906 at a cost of BP369,000. (This sum today would probably buy an average three bedroom semi in Stranmillis) though at the time the sum was considered extravagant and a vast overspend.

A statue of George Best to be erected in the grounds of City Hall is estimated at BP200,000.

As the home of Belfast City council The city hall was the venue for the signing of the Ulster Covenant in 1912 and as the home of the government of Northern Ireland between 1922 and 1935.

Our Ireland vacations can be tailored to suit you - please contact us today. We also have a range of Ireland Honeymoon package from romantic to adventure holidays.