The Cashel Palace is a beautiful and elegant place, which has inspired travellers, writers and clergymen for centuries and still continues to capture the hearts and imaginations of all its guests. A striking feature of the hotel is that despite the formality of its architecture, the overwhelming atmosphere is one of warmth and welcome. 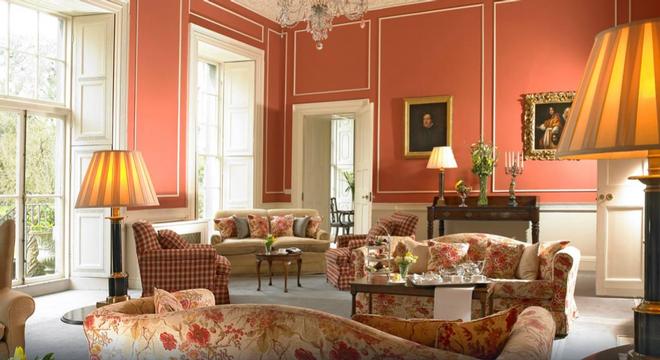 The Cashel Palace is a beautiful and elegant place, which has inspired travellers, writers, clergymen as well as those on a honeymoon in Ireland for centuries. Today it still continues to capture the hearts and imaginations of all its guests. A striking feature of the hotel is that despite the formality of its architecture, the overwhelming atmosphere is one of warmth and welcome.

The Cashel Palace Hotel, a Queen Anne and Early Georgian style bishop's palace, was built in 1730 by Archbishop Theophilus Bolton. The entrance hall retains its original wood panelling, with two Corinthian columns. The magnificent staircase off the entrance hall is of Red Pine, and leads to the upper floors where a selection of elegant, individually decorated bedrooms are offered. The decision was made by the Church to sell the property in 1959 and in May 1962 Lord Brockett first opened it as a Luxury Hotel. The Palace is described as "a place of notable hospitality" in Loveday's Tour of 1732, a description which we feel applies today also.

The palace's 28 acres of garden are in fact older than the house itself, with two charming Mulberry trees, planted in 1702, to commemorate the coronation of Queen Anne. These beautiful gardens surround the Rock of Cashel and the 13th Century Cathedral. The Bishop's Walk is a private path leading directly to the Rock of Cashel, built for the convenience of Archbishop Theophilus Bolton.

Cashel Palace owns a private 5 mile stretch of the River Suir, providing guests with the ultimate "Complete Anglers" experience. There are several Golf Courses to choose from all within easy driving distance of the hotel, as well as Equestrian Centres, Scenic Walks, Historic Tours and Crafts Studios.