Castlegregory, named after a castle built by Gregory Hoare in the 16th century, is located on the Northern side of the Dingle Peninsula dividing the bays of Tralee and Dingle. 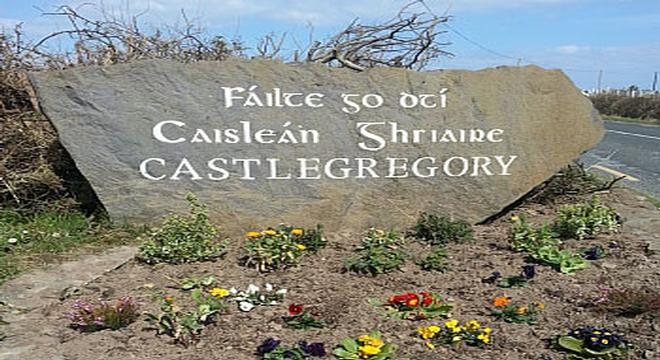 Castlegregory, named after a castle built by Gregory Hoare in the 16th century, is located on the Northern side of the Dingle Peninsula dividing the bays of Tralee and Dingle. This scenic part of  Kerry is a much frequented destination for those on self drive tours of Ireland. Located to the north of the village lies the Maharees Peninsula made famous for its sandy beaches and clean water. Off the Peninsula lies a group of seven Islands simply know as "The Maharee Islands". 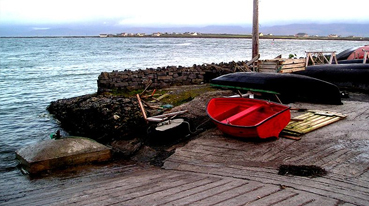 Castlegregory, the capital of Lettragh, whose population is now a quarter of what it was before the Famine, remains the only place in the area which resembles a real village. Thus Castlegregory, The Maharees and the surrounding areas guarantee the visitor a peaceful and relaxing vacation in Ireland. However there are a wide range of activities available in the Castlegregory/ Maharees area including Fishing, Golf (Castlegregory Golf Club is situated a few miles outside Castlegregory) and horseriding all of which can be booked through the Castlegregory Visitor Centre.

However the most popular activity that the area has to offer is diving. This is available at "Waterworld" dive centre. Open all year around, much of the diving is operated around the Maharee Peninsula although twice a week trips are taken to "An Tearagh" - the most westerly of the Blasket Islands - to explore the underwater beauty of the area. The centre caters for beginners and experienced, and there are also regular trips out to the Brandon Cliff face where some wonderful dives are experienced.

Although the castle from which Castlegregory derived its name is no longer there, there is plenty to see in the area. There are a large number of Early Christian remains such as the Kilshannig Cross out in the Maharees, however the area is probably best known for its beautiful walks and countless lakes. South of Castlegregory is one of the most beautiful places on the Peninsula - Glentassig. With its forested area and lakes it provides idyllic walking and fishing. Another famous walk in the area is the highest mountain pass in Ireland - the Connor pass which divides Mount Brandon and the Stradbally mountain, from which one can view some spectacular scenery.

Castlegregory really comes alive during the summer months particularly during the month of July when there is always a huge influx of tourists for the annual summer festival and also for the Curragh racing (pronounced 'Currock').