Cloghan Castle, built as a fortress over 800 years ago, lies in the pretty landscape of East Galway. 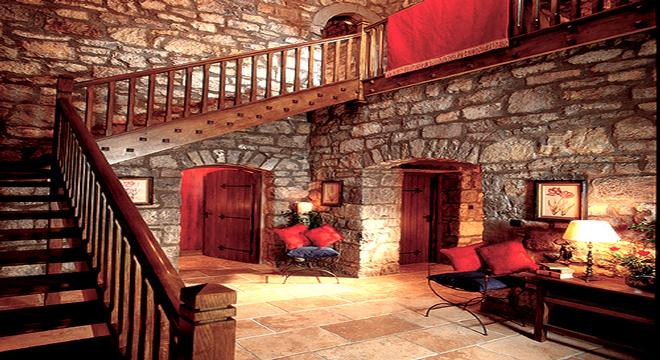 Cloghan Castle, built as a fortress over 800 years ago, lies in the pretty landscape of East Galway. In the 15th century, it was home to Hugh de Burgo, son of Walter de Burgo, Earl of Ulster and a member of one of the oldest and most influential families in Ireland's history. The castle then stood empty until 1973 when the Burke family again took ownership.


Now, after a long and meticulous restoration, the castle has been returned to its former glory and shines as a fine example of a Norman building.

The interior retains its ancient character with natural stone and oak floorboards and still has an original 800 year old fireplace. The living quarters extend over several storeys, accessed via a 90-step winding staircase. The guestrooms exude a cosy yet authentic atmosphere through the use of natural materials.

Outside, the castle battlements are now put to more friendly use with a barbecue area suitable for up to 250 people. The view from the towers extends over the 5 surrounding counties, giving a reminder of the strategic position chosen by the first owner.