The ancestral home of Daniel O'Connell, Derrynane House is a public museum commemorating one of Ireland's leading historical figures and arguably the greatest ever Irishman, known by the nation as the Great Liberator. 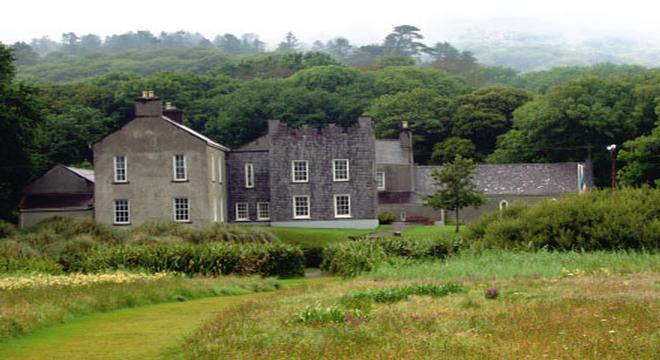 The ancestral home of Daniel O'Connell, Derrynane House is a public museum commemorating one of Ireland's leading historical figures and arguably the greatest ever Irishman, known by the nation as the Great Liberator.

Barrister, early civil rights activist, politician and statesmen, Daniel O'Connell was a huge figure amid the upheavals of the early 19th Century in Ireland . O'Connell was born in a humble cottage to a Catholic family in nearby Caherciveen but came to live at Derrynane House with his uncle from an early age. His uncle "Hunting Cap" O'Connell had grown rich through smuggling with France and Spain and when he died childless in 1825 the Derrynane estate was left to Daniel O'Connell whose descendants went on to live at Derrynane until 1958.

Daniel O'Connell first came to prominence as a Barrister having trained at Lincoln's Inn in London and later transferring to Dublin's King's Inn. O'Connell defended the rights of Catholics being tried for their beliefs and in 1823 founded the Catholic Association. This mass movement strived for equal rights and religious tolerance for Catholics, staging peaceful protests and mass meetings known as "Monster Rallies", across the country. In 1828 O'Connell was elected a Member of Parliament for County Clare , but under laws banning Catholics, didn't take his seat. His re-election the following year forced the British Parliament to overturn its anti-catholic legislation in what is known as the Catholic Emancipation Act of 1829. This famous victory earned O'Connell his "The Great Liberator" moniker and his place in Irish history .

Derrynane House was opened as a museum in 1967, the house is furnished with family portraits, writings and a great many items relating to Daniel O'Connell, from the duelling pistols used when he killed rival John D'Esterre in 1815 and the black glove he wore in remembrance ever since, to the fabulous gold chariot he rode through Dublin amidst jubilant crowds on his release from prison. A video presentation outlines the life and times of the great man.