Harland and Wolff and Titanic 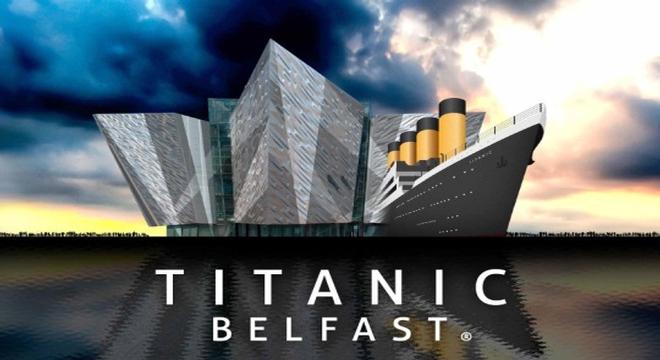 When Harland died in 1894, William james Pirrie became the chairman of the company until his death in 1924. It was during this period that the company built the RMS Titanic and her sister-ships RMS Olympic and HMHS Britannic between 1909 and 1914. These were three of over 70 ships constructed for the White Star Line.

During WW1 H&W built numerous warships and throughout WW1 built 140 ships for the RN including 6 aircraft carriers, cruisers and an assortment of other ships. It was at this time the workforce of the yard peaked at 35,000.

In April and May 1941 Belfast and in particular H&W were heavily bombed by the Luftwaffe.

During the 1950's and 60's with the rise of air travel and in face of competition from the far east, British shipbuilding went into decline, surviving on Government subsidies untill by 1989 the H&W workforce had fallen to less than 3000.

Situated in East Belfast the workforce of the yard was overwhelmingly protestant.

Belfast's skyline is still dominated today by Harland and Wolff's famous twin cranes Samson and Goliath, built in 1974 and 1969 respectively.

During its heyday Belfast Ship yard was an industiral giant, building the largest and most powerful ships in the world. One can only imagine the sense of overwhelming pride and confidence of the people of the time. Perhaps this self image and associated confidence explains why this small city had plans to errect government buildings on a scale to match those of Washington DC and to build a cathedral larger than St Pauls in London.