The Highlights of Ireland self-drive 8-night tour is one of our most popular tours and is based on Ireland’s most iconic and world-renowned attractions. 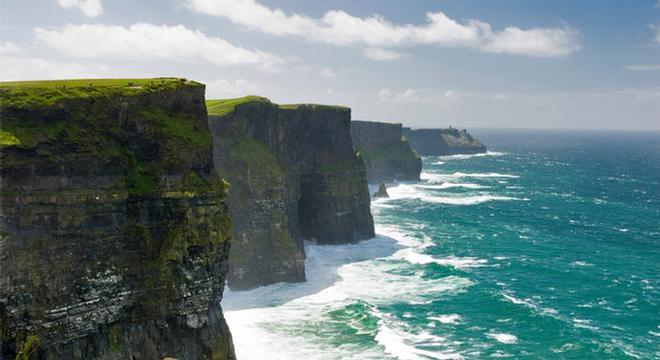 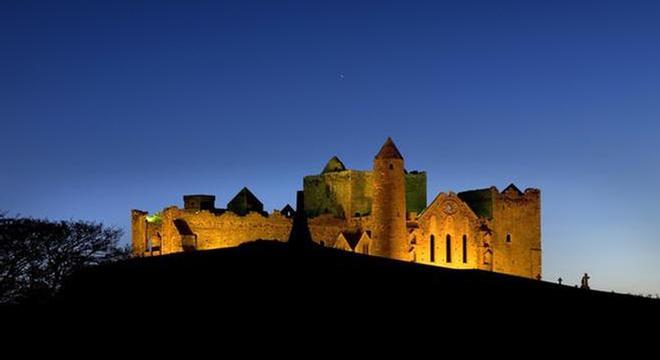 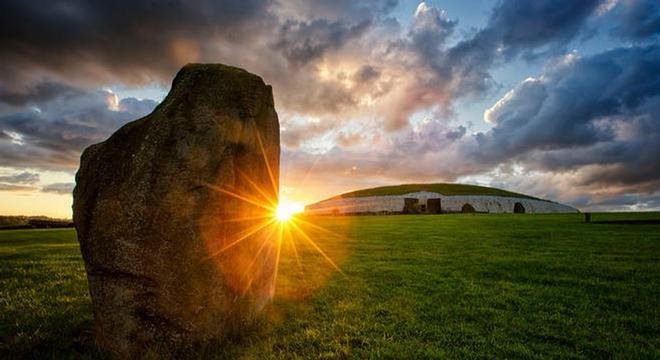 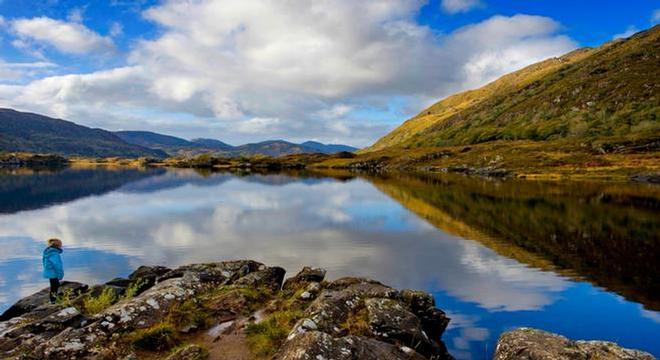 The Highlights of Ireland Tour, our most sought-after vacation, is an 8-night tour that can be started from any Irish Airport and is specifically tailored to include many of the most popular visitor attractions in the country. With attractions such as Trinity College and Kilmainham Gaol in the capital, Kilkenny Castle and the Waterford Crystal exhibition in the southeast, Cobh heritage center and of course Blarney Castle in the south as well as the Dingle peninsula, Ring of Kerry and Killarney in Kerry. In Clare, you'll visit the famous Cliffs of Moher and the Burren landscape. just above Clare is Galway, the Aran Islands and Connemara and finally, just 45 minutes north of Dublin, you'll find the ancient Megalithic Tombs at Newgrange, Irelands most visited ancient attraction. Depending on where you fly into, the route taken will change accordingly.

Although only an 8-night tour, the memories made whilst here will last a lifetime, from the incredible scenery, the culture and the people, this is a vacation you'll never forget!

Speaking of the people, as Irish we pride ourselves on being some of the friendliest and welcoming in the world and although Ireland is not a big country, you'll undoubtedly notice the differences in accents and dialects as you travel across it.

Even though the Tour itinerary provided clearly shows how you will be able to pack as many of Irelands most historical and beautiful attractions into your stay, we advise you to take some time out to enjoy the people and culture, for the full Irish experience!

First stop after receiving your rental car is the National Stud and Japanese Gardens, where through artifacts, pictures and text, the history of the horse in Ireland is presented to the visitor. The Japanese gardens are based on the grounds of the stud farm since 1910. the layout of the gardens is intended to symbolize the life of man from birth to death. After the stud, you move on to Kilkenny, known as Ireland's medieval capital. The city of Kilkenny was established more than 1500 years ago and is not too big to be explored on foot. It is home to such sights as Kilkenny Castle, dating back to the 12th century and Saint Canice's Cathedral, one of Irelands largest Cathedrals. Its gothic design comes as a result of the rebuild that it underwent in the 13th-century. Also worth a visit is the Smithwick's Brewery Tour in the center of the city.

On to County Tipperary now where your first port of call is the Rock of Cashel, this was once the seat of the king of Munster and the province's Capital. Sticking up above the plain, the rock itself has much history behind it, as St. Patrick himself was said to have come to this spot to preach and converted King Aenghus in the 5th century. Next up is Cahir Castle, just 10 miles down the road, this was once a significant stronghold of the Butler family, with its keep, tower and much of the defensive structures intact, this is one of Irelands best-preserved castles. East of Cork city, you'll find the town of Cobh, home to one of the largest natural Harbors in the world, this was the last port the Titanic docked at, before heading out on its maiden and final voyage. A Visit to the Cobh heritage center is highly advised also, as it's very informative about the Titanic, the sinking of the Lusitania and the history of Irish emigration to America and Australia. Leaving Cobh you head to Kinsale, more than just a pretty little fishing village, it also has an International Museum of Wine and the Charles Fort is also nearby.

There are two routes to choose from on your Journey to Killarney, the longer, more scenic coastal route or the shorter route by Blarney Castle. Taking the longer route, you'll head to Bantry where you can visit the French Armada Center and the Bantry House and Gardens, as well as the most southern point in Ireland, Mizen Head. After Bantry, it’s northward to Killarney through the Healy Pass, across the Caha Mountains which divide Cork and Kerry. After this, it's onwards to Kenmare, which has a small heritage center worth a visit! The alternative, shorter route to Killarney goes by Blarney Castle, where you can climb the ramparts and kiss the famed Blarney Stone. Reaching Killarney, there are many options for things to do, Killarney’s incredible Lakes and landscapes have inspired artists for centuries. A must visit is the Killarney national park which has numerous scenic trails and walks. Other options include Ross Castle, the Gap of Dunloe, or simply just enjoy the atmosphere in one of many traditional Irish pubs!

Day 4: The Ring of Kerry and Muckross House

For today’s excursion, there are other options in the full itinerary; however the most prominent and advised would be the Ring of Kerry driving tour. The Journey itself
covers some of the country's most impressive scenery around the Iveragh Peninsula. Brilliant Mountains, valleys and coastal views will make this drive one of the most memorable
parts of this tour. If a break from all the driving sounds good to you, a bus tour along this route can be organized for you. Along the Peninsula drive, you'll arrive at Muckross House, a magnificent Victorian Mansion, which was finished in 1843. Set on the Eastern shore of Muckross lake and overlooked by the daunting Torc and Mangerton mountains, the house has a spectacular location and the walks surrounding it are unmissable. Another popular option for your third day would be a tour of the Gap of Dunloe by pony and trap, stopping at Lord Brandon’s cottage for a bite to eat, then returning to Killarney by boat through the lakes!

Heading along the west coast to Galway city, this day is sure to be one of the longest, but perhaps also one of the most rewarding days of your tour of Ireland. First up, Adare, one of Ireland’s prettiest villages and home to thatched cottages, a beautiful ancient church and castle ruins. After Adare, you take the N20 to Limerick City, home to King Johns Castle. Up next is Bunratty  Castle, Originally built in 1425 and restored to its Medieval glory in 1954 - definitely worth a visit! Continuing along you get to the cliffs of Moher, one of Irelands most iconic and breath-taking views. After that its onwards to Doolin, a little village in Clare, world-famous for its food, music, and atmosphere. Finally, you end the day in Galway, stopping to see the Burren Region and Poulnabrone Dolmen tombs along the way.

Day 6: Galway and the Connemara region

Today you step into the incredible beauty of the Connemara region, the furthest western edge of Ireland and Europe. The dramatic landscape of Connemara is made up of lakes,
mountains, woodlands, and rugged coastline. Make sure to visit the Connemara National park, Kylemore abbey, Lough Inagh valley and the well-known Sky road near the town of
Clifden. If you take a trip to the fishing village of Roundstone, you can see how a traditional Irish drum, a Bodhran, is made! Alternatively, you could take a ferry to the Aran
Islands, some of the most isolated land in Ireland. Once there, you can take a Horse and trap op to the pre-Christian clifftop fort of Dun Aengus, a truly unbelievable sight. In the evening, we advise checking out the Quays area in Galway for some great Traditional Irish music!

Day 7: Galway to Dublin via Clonmacnoise

On the way to Dublin, you'll take in some of Irelands most historic and famous landmarks. First of these is Clonmacnoise, an Ancient Monastic settlement founded by Saint Ciaran in the 6th Century. Amongst the settlement, you'll find Early Christian grave slabs, High crosses, two round towers and the ruins of a cathedral. After that, travel east to one of the great wonders of the ancient world, Newgrange. Older than Stonehenge and the pyramids of Egypt, Newgrange is a passage tomb and a must-see tourist
attraction. Heading south, next up is Dublin city. There’s a large number of walking tours to choose from in Dublin, some of the most popular being the "literary Pub crawl" and the "historical walking tour". We'd also advise the hop on hop off bus tour which stops at many of Dublin’s major attractions!

For your last day in Dublin, you will be continuing your sightseeing in Dublin with the chance to visit the Guinness Storehouse, the GPO Museum and Kilmainham Gaol amongst other locations. Make sure to visit Christ church cathedral, founded in 1030 by  Sitric, the king of Dublin at the time, not to mention the James Joyce Center and Dublin Writers Museum. You may also want to do some shopping or visit one of many Irish pubs or cafes. the Temple bar area's streets are lined with pubs, restaurants, and cafes to suit every taste. It's narrow cobble streets mean there’s always an amazing atmosphere in the area as well! Temple bar is also a great area for nightlife, if you want to have a few pints on your last night!