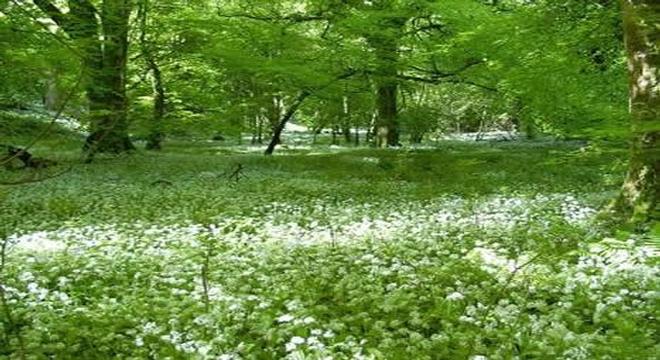 Killarney National Park was Ireland's first (and is now Ireland's largest) national park. It came into being in 1932 when Senator Arthur Vincent and his parents-in-law, Mr. and Mrs. William Bowers Bourn, presented the nation with The Muckross Estate, in memory of Senator Vincent's late wife, Maud.

The park itself covers over 25,000 acres (10,000 hectares) of mountain, garden, park, woodland, waterway and moorland. It has an unusual and varied ecology as a result of its geology and the climatic influence of the Gulf Stream. The red, mountainous sandstone uplands support large areas of blanket bog. The remoteness and relative inaccessibility of some of these areas helps the continued survival of Ireland's only remaining wild herd of native Red Deer. As well as this, on some of the lower mountain slopes, the largest remaining area of Oakwoods (which once covered most of the country) can be seen. The lowland limestone areas also boast some rare habitats like the large stand of Yew woodland at Reenadinna on the Muckross Peninsula. It is one of the only three pure Yew woodlands in Europe. There are also other woodlands in the area, which provide refuge for many different kinds of wildlife. As well as the mammal and fish life, the area also has a wealth of birds, including migrant Greenland Whitefronted Geese which spend their winters in the bogs of the area.

The well preserved remains of Inisfallen Abbey, a monastic settlement which was founded in the 7th century and remained inhabited until well into the 14th century, can be seen on an island in Lough Leane . Muckross Abbey, built in 1448, the central feature of which is a huge Yew tree, said to be as old as the abbey itself. In the past some exotic species have been introduced into the park and had a huge influence on the ecosystems of the area. The most notable of these would be the Common Rhododendron which is now visible in many parts of the park and the Sika Deer which overgraze the woodland floor. More recently, the American mink was introduced and is now firmly established alongside the native Otter. Up to the latter half of the last century, the wolf and Golden Eagle were also common in the park. These are now extinct.

In the early years, the park received very little financial assistance from the State and so was operated as a working farm which was open to the public. Since the early seventies the park has been expanded substantially with land from the Kenmare estate including the three Lakes , Knockreer House and many mountainous areas.

Call us today for more information on Ireland tours with a private driver or perhaps you are interested in a honeymoon in Ireland.