When it comes to Ireland trips nothing compares to staying in some of the country's finest Castles and Manor Hotels in Ireland’s most iconic locations. Whether a family vacation or romantic Irish honeymoon, this is the perfect Ireland vacation package for you. 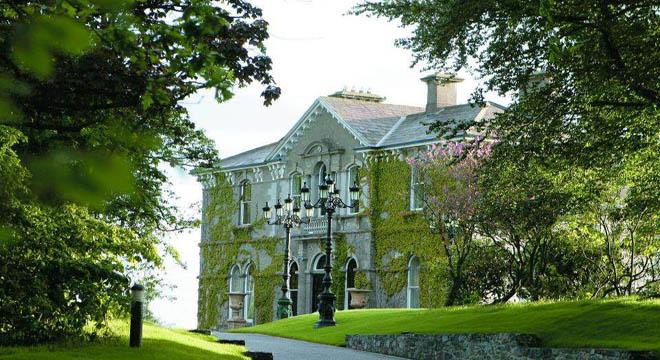 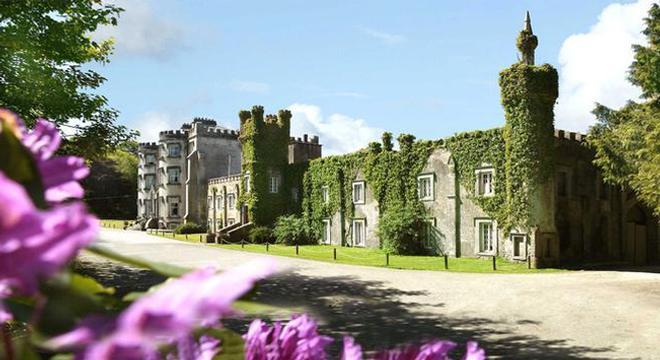 This 7-night vacation features your stay in some of the finest Irish Manors and castles that Ireland has to offer as well as an included ferry trip to Inismore Stay in some of our finest Irish Castles and Manor Hotels on this 7-night vacation to Ireland complete with ferry trip to Inishmore, the largest of the Aran Islands and home to the spectacular pre-Christian Dun Aengus Fort. While this tour includes many of Ireland’s most iconic locations, it will also afford you the opportunity to experience something extra. Due to the fact all of our travel consultants live in Ireland, they also have an intimate knowledge of Ireland’s hidden gems, sights and locations they will be more than happy to direct you to. We design all of our tours in-house with precision and a dedication to quality that is unmatched in the industry. To compliment your tour you will have your own dedicated travel consultant as well as the comprehensive daily sightseeing guide that will be provided for you.

Additional highlights of the ‘GOLD TOUR’ while in Ireland will be attending the Dunguaire Castle Banquet in Kinvara, the Smithwick’s Brewery Experience Tour in Kilkenny, the Megalithic Tombs at Newgrange and much more. Keep in mind:  All elements of this vacation package can be customized to suit your needs.

Overnight Locations for this 7-night tour:

Upon your arrival to Dublin Airport, its time collect your Hertz Car Rental and start your Luxury Castles and Manor Tour of Ireland. Considering your long overnight flight, your first day’s drive is a short one, bringing you southeast of Dublin to Kilkenny.

Your first stop is the National Stud and Japanese Gardens where you can visit a Horse Museum tracing the history of the horses. In fact, the winner of the 2003 Californian ‘Breeders Cup Mile’ race is a National Stud horse, the 3rd in the last 9 years. The Japanese Gardens are situated in the grounds of the Stud Farm and were created between 1906 and 1910. They are planned to symbolize the 'Life of Man'. On to Kilkenny - Long renowned as Ireland’s Medieval Capital, the city’s origins date back more than 1,500 years. Kilkenny Castle is a 12th-century castle which was remodeled in Victorian times. Also in Kilkenny is Saint Canice's Cathedral, built on the site of an earlier church, the major work was carried out in the 13th-century. As part of your luxury tour, tickets for the ‘Smithwick’s Experience’ are included. This famous Irish Ale was first secretly made in Kilkenny by monks in 1231 and this atmospheric tour culminates with a pint of this Ale.

This morning, you will be traveling from Kilkenny to the Kingdom of Kerry in Irelands spectacular South West region. Your first stop today is the Rock of Cashel in County Tipperary. Cashel town was once the seat of the Kings of Munster and capital of this southern province. Kings of Ireland, as well as Munster, ventured to this spot and St. Patrick is known to have preached on the rock and converted the local King here in the 5th Century. Just 10 miles further stop off at Cahir Castle. Once an important stronghold of the Butler family, it is one of Ireland’s largest and best-preserved castles. Next on to Killarney. With its three famous lakes and majestic mountain ranges, Killarney has been the inspiration of poets and painters on numerous occasions over many centuries. The Killarney National Park is internationally renowned both for its spectacular scenic beauty and scientific interest. There are many walks and trails around Killarney including a 2-hour tourist trail around the town itself. You will also have a chance to visit Ross Castle, the Gap of Dunloe with the Black Valley. From here, travel north to Ballyseede Castle just outside the town of Tralee where you will be spending the next 2 nights.

Today you may choose to simply relax in Ballyseede Castle and the nearby town of Tralee or take in a tour of either the Ring of Kerry or Dingle Peninsula to the west of the region. While the Dingle Peninsula is the shorter drive and is graced with more interesting antiquities, historic sites and varied mountain scenery than any other part of Ireland, the Ring of Kerry includes the spectacular views over the lakes of Killarney from Moll’s Gap as well as numerous colorful villages on this route. Not for the faint-hearted, you will remember this mountain pass drive forevermore.

The Dingle route includes visits to the lovely fishing town of Dingle and beyond to Dunbeag Promontory Fort, an archaeological site dating back to the late Bronze Age, 800 BC. Continue on to Slea Head and here you will see Dun An Oir (Fort of Gold). Here in 1580, after a three days siege, over 600 Irish and Spanish soldiers surrendered to Lord Grey only to be massacred by his troops. Nearby is the Gallarus Oratory, one of the best-preserved early Christian church buildings in Ireland. Back to Tralee town to relax in the luxurious surrounds of Ballyseede Castle.

Day 4 – To Adare, Bunratty and the Cliffs of Moher

One of the most dramatic days of your tour brings you to the west coast of County Clare. Your first stop will be the Village of Adare in County Limerick. Adare is regarded by many a seasoned traveler as Ireland’s prettiest village with its charming thatched cottages, manicured public park, and ancient church. From Adare continue onto the city of Limerick,  famed for the story of ‘Angela’s Ashes’ fame and home to King Johns Castle. Shortly after this, you arrive at Bunratty Castle. Built-in 1425, this majestic castle was restored in 1954 to its former medieval splendor. Within the grounds of the Castle is Bunratty Folk Park where Irish life back in the 19th-century is vividly recreated. Next, continue on to the magnificent ‘Cliffs of Moher’. The majestic Cliffs of Moher are without doubt one of Ireland’s most amazing sights and overlook the Atlantic Ocean on the coast of West Clare. You then arrive at the village of Doolin. Doolin is world-famous for its wealth of Irish folk music and in recent years has been attracting crowds to spontaneous Irish music sessions in any one of its excellent pubs. Just north of the Cliffs you then have the lunar-like Burren region and the ancient Poulnabrone Dolmen Tombs.

Drive the short distance to Doolin pier and take the ferry to the Inishmore, which is the largest of the Aran Islands. Aran will take you back in time to an Ireland of Celts and Early Christians. Take a pony and trap, or a guided tour from the pier up the island to the stone fort of Dun Aengus. The fort is located on top of a 300-foot sea cliff and is one of the finest prehistoric monuments in Western Europe.

This evening you will attend the medieval banquet at nearby Dunguaire Castle which was built in 1520 on the picturesque shores of Galway Bay.


Day 6 – To Dublin via Historic Meath

Today’s journey brings you east to our capital city of Dublin. A slight detour will also allow you a visit to the megalithic tombs of Newgrange. One of the great wonders of the ancient world, Newgrange is older than Stonehenge, Mycenae or even the Pyramids of Egypt and is foremost among the passage-tombs of Europe. Also in this area is the Hill of Tara, which was the seat of Ireland’s ancient High Kings as well as and Trim Castle.

Depending on whether you took any detours earlier, you may have time to shop or sightsee in Dublin City Center. Close to your hotel are many of the city’s most historic attractions including The Natural History Museum, Guinness Storehouse, Trinity College and Dublin Castle.

Using the Hop-on Hop-off Bus ticket we provide, you will be able to visit many of Dublin’s most renowned and historical locations. Amongst other sites, you may see the Guinness Storehouse, Kilmainham Gaol and the National Museum of Art. For a more light-hearted experience, maybe a visit to the Irish Leprechaun Museum would be worth taking in. In the evening, there are many great Irish plays on in Dublin if that is to your taste. Of course, the authentic Dublin pub is an experience in itself and Dublin pub or literary tours are also freely available.

Day 8 – Homeward Bound
Regrettably, this morning it is time to leave for the airport unless of course, you are one of the lucky ones who has planned post night stays in Dublin or Belfast City.