This 7-night tour features one of Irelands best-kept secrets, our northern territories, and can be accessed via Dublin Airport 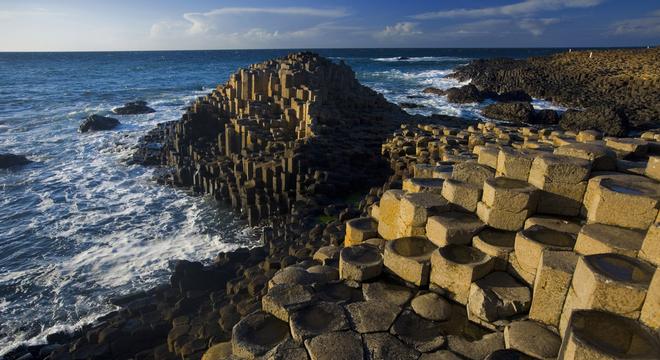 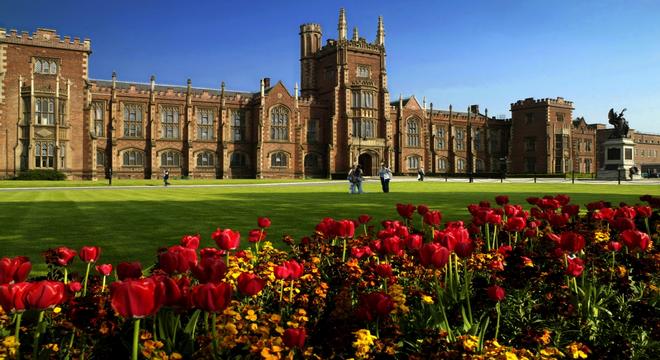 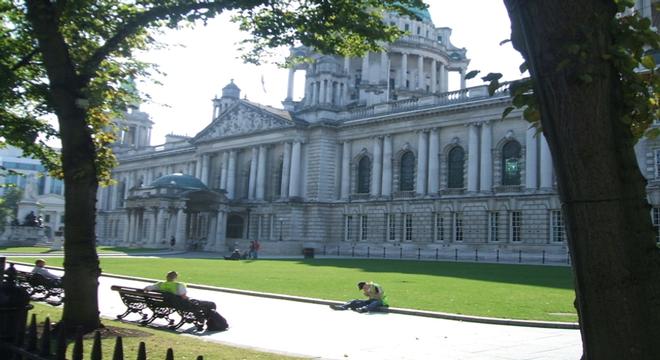 This 7-night tour features one of Irelands best-kept secrets, our northern territories, and can be accessed via Dublin Airport

Your journey begins upon arrival in Belfast city where you will stay for two nights, plenty of time to experience a good deal of the culture and history of a city that has undergone more than 30 years of conflict. Thankfully today all this violence has subsided, and Belfast now holds the title of one of the friendliest and safest cities in Europe.

The city is famous for its Black Cab tours where a friendly, impartial and helpful driver will make your trip as interesting, enjoyable and as relaxing as possible. Tours are available for everything from the Titanic and Cathedral Quarter to the Shankill & Falls Road and other areas of the city including some of the famous and telling murals that represent both sides of the community and give an insight into a troubled past. Upon driving north from Belfast you will find your residence for the evening on the Antrim coast.

From here you travel north, spending a night on the Antrim Coast, home to one of the great natural wonders of the world, ‘The Giant's Causeway’. These basalt expanses of 40,000 interlocking vertical columns make for quite a spectacle.

Your next three nights will be spent in Derry and Donegal. Derry has long had something of a turbulent history, thankfully for visitors, this means that there is so much to discover and learn about the place. Upon leaving Derry your next port of call will be county Donegal, a place well known for its friendly locals who refer to their home as being quite simply “different” from anywhere else on the Emerald Isle. Not an idle boast when one considers the un-spoilt nature of its empty beaches; silent valleys and the craggy cliffs of a county that even in modern society retain a rich culture steeped in traditional Gaelic music, folklore and dance.

You return to Dublin for the final day of your tour and what better place to end a holiday than in Ireland's vibrant capital, known globally as a place welcoming to all cultures and especially rich in its own. You’ll be spoilt for choice of in terms of attractions in the city and may wish to emend your stay a day or two to experience as much of the bright friendly city as possible If you’re feeling lively and have not yet managed to see the megalithic tombs of Newgrange yet, an early start will perhaps enable you to do so before you leave. At over 5,200 years old the well-preserved tomb is Ireland’s most popular tourist attraction and is definitely worth the visit.

While Belfast is a fascinating city, as you travel in that direction from Dublin, you will be passing through some of the most history-laden areas of Ireland. Amongst the sightseeing opportunities today will be the megalithic tombs at Newgrange, the Hill of Tara and Trim Castle. There is also the beautiful scenic route that takes you along the coast of County Down and the Mountains of Mourne. One of the great wonders of the ancient world, Newgrange is older than Stonehenge, Mycenae or even the Pyramids of Egypt. Foremost among the passage-tombs of Europe, Newgrange has long evoked the wonder of archaeologists and laymen alike. The magnificent entrance slab - 'one of the most famous stones in the entire repertory of megalithic art' - is especially satisfying, the confidently executed spiral and lozenge motifs still crisply defined after 5,000 years.

Not far from here is Trim Castle. The castle, on the shores of the Boyne, has an area of 30,000 m². It is the remains of the largest Norman castle in Europe, and Ireland's largest castle. Just north of here lies The Hill of Tara. Located near the River Boyne, this ancient contains a number of ancient monuments, and, according to tradition, was the seat of the High Kings of Ireland. On to Belfast. This robust northern metropolis now has a population of nearly half a million people. The world's largest dry dock is here, a testament to the building of the Titanic here. Take one of the cities famed Black Cab Tours and let your experienced, impartial and friendly driver acquaint you with the history & culture of Belfast. Tours include The Titanic and Cathedral Quarter and other areas of the city including visiting some of the famous murals that represent both sides of the political divide.

From Belfast, head north to the beautiful Glens of Antrim dotted with quaint villages. From here, make sure to walk the stunning Carrick-a-Rede Rope Bridge spans a gaping chasm between the coast and a small island used by fishermen. The terrifying eighty-foot drop can be crossed via the swinging bridge - not for the faint-hearted! From here travel to the Giant’s Causeway. At one time considered to be one of the wonders of the world, the fact that the Causeway was formed 70,000,000 years ago by massive volcanic activity is contradicted only by a local legend.

Clearly, this was giants' work and, more particularly, the work of the giant Finn McCool, the Ulster warrior, and commander of the King of Ireland's armies. After the Causeway, travel to the nearby Dunluce Castle. This spectacular castle was shaped when the sea cut deep into the land, exploiting cracks in either side of the rock. The early Christians and the Vikings were drawn to this romantic place and an early Irish fort once stood here. Heading south from the Giant’s Causeway, make sure to make a stop at the Old Bushmills Distillery.

While the direct route will take just over an hour although you may wish to take a side trip to the Ulster-American Folk Park in Omagh, County Tyrone, an open-air museum in Co Tyrone, Northern Ireland. The museum tells the story of emigration from Ulster to America in the 18th & 19th centuries. A Guided Walking Tour with one of the well-informed and good-humored tour guides is a must - the city's history is so complex and its present state is so dynamic that it takes a local expert to explain it all entertainingly. The Walls of Derry are among the best-preserved city fortifications in the Western World. They rise to a height of 26 ft (8m) and in places are 30 ft (9m) wide. Completed in 1618 to defend the Plantation City, the walls have never been breached in three major sieges - even during the 105-day siege of 1689 when 7,000 of the 30,000-population died of starvation.

The ancient territory of the Inishowen Peninsula is the most northerly part of Ireland. Monuments of an earlier age seem to grow from the landscape as castles, towers and ancient churches shimmer in the sunshine. Your tour begins at Grianan an Aileach, the ancient Temple of the Sun that was Christianized by St. Patrick. Founded by the Druids, this ring fort dates back to some 2,000 years B.C. The panoramic view from the walls of this ancient palace is truly magnificent; seven counties can be seen on a clear day. Onwards north to Buncrana and the Tullyarvan Mill - a tastefully restored corn mill dating from the 19th-century, today developed as a local craft center and tourist amenity.

From Buncrana to Dunree Head and Fort Dunree, constructed in 1798 by the English as a defensive measure against Napoleonic invasion. At the top of the Inishowen Peninsula is Ireland’s most northerly point, Malin Head. It is not just Ireland’s most northerly point, but also an area of great scenic beauty and of historical, scientific and ecological importance. The area is steeped in history and folklore. Continuing around the peninsula, you arrive at the pretty village of Culduff with its stone circle. Deep in the heart of County Donegal is Glenveagh National Park and is considered by many to be Ireland's finest national park. At the core of the park is the Glenveagh Estate, originally the home of the notorious landlord John George Adair, much despised for his eviction of Irish tenant farmers in the 1860s. In the south of the county, you will find the magnificent Slieve League Cliffs. At over 1,000 ft (300 meters) the cliffs are the highest marine cliffs in Europe

Today you will be traveling to Dublin. With an early start to the day, you may wish to visit one of Ireland’s most visited ancient sites, the Megalithic Tombs at Newgrange, just north of Dublin. Well worth a visit, this site predates the Pyramids of Egypt. The quandary that you will be faced with when you reach Dublin is, not what you should see but that you should leave out. Knee-deep in history and with its own unique sense of humor and wit, Dublin is an invigorating city. Take the opportunity to visit some of Ireland’s most history-laden locations, including Trinity College and the Book of Kells, Dublin Castle, Kilmainham Gaol, The National History Museum and not forgetting The Guinness Brewery, St. Patrick’s Cathedral & why not finish up the day in Dublin’s Temple Bar section and enjoy the wonderful pubs and music it is famous for.