This 7 Day travel package of Ireland's most breathtaking scenery takes in Dublin, Galway, Cliffs of Moher, Ring of Kerry, Kinsale, Kilkenny and Connemara. 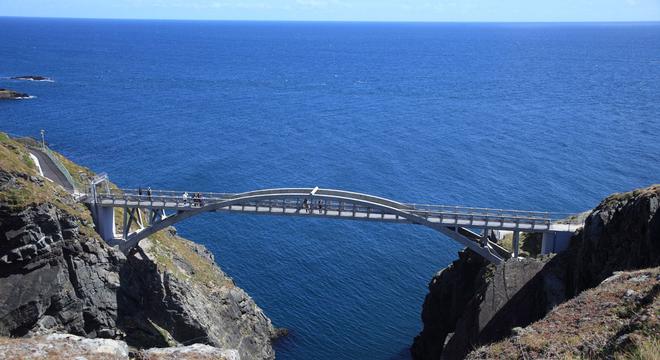 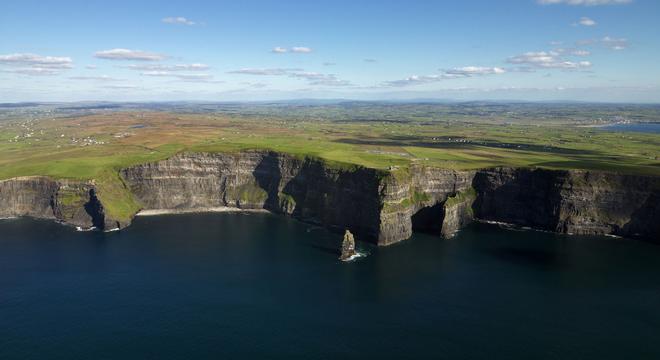 The South West region of Ireland is arguably the most naturally beautiful region in all of Ireland.That, combined with the cultural diversity and range of activities to be found there make the counties of Cork, Kerry and Clare very popular tourist destinations.

Formed by the Ice Age and the sea, the rugged south west coastline is one of a kind. The whole landscape of the south west is made up of mountains, valleys, lakes and rivers which make for hundreds of scenic walks. But its not just natural beauty that makes this region attractive, there's many historically significant sites and scenic wonders to visit throughout these counties such as Blarney Castle, Muckross House and the Ring of Kerry to name just a few.

Although only a 6 night tour, the memories made whilst here will last a lifetime, from the incredible scenery, the culture and the people, this is a holiday you'll never forget!

Speaking of the people, as Irish we pride ourselves on being some of the friendliest and welcoming in the world, and although Ireland is not a big country, you'll undoubtedly notice the differences in accents and dialects as you travel across it.

The short trip from Shannon to Kinsale has much to see on your first days touring. Well worth a visit is Bunratty Castle & Folk Park where the acclaimed 15th century castle complete with tapestries and other works of Art is to found beside the Folk Park with its re-built cottages and a 19th century town reconstruction. Bunratty is also home to one of the countries most famous pubs, Durty Nelly's.

Continue through County Limerick into County Cork, passing through the small villages of Croom and Charleville and across the Blackwater Valley market town of Mallow. Just north of Cork City you come to the town of Blarney where you will have the opportunity to visit the history laden Blarney Castle. Blarney Castle and its ‘Stone of Eloquence’ have been attracting visitors for centuries. Legend has it that if you kiss the stone you will have as the Irish put it, ‘The Gift of The Gab’. Shortly after this you will arrive in Kinsale which is one of the most picturesque harbour towns of the South West Coast and home to the Charles Fort.

If you didn't get to visit these attractions yesterday, then you'll see them today! Built in the 1500s, the Desmond Castle and the International museum of wine both have had many uses. It was once used as an Arsenal by Don Juan Aguilla in 1601, when the Spanish occupied the town for a hundred days before the battle of Kinsale. Years later, prisoners of war were kept in the castle, and it became known as the "French Prison" due to the high numbers of French navy kept there. During the American war of independence, many American crews were imprisoned there. As mentioned, a visit to Charles fort is also highly advised. Also nearby is St. Multose church, which was built in 1190 and is well worth a visit.
While based in Kinsale, you may also wish to visit the small town of Cobh formally known as Queenstown which was the final port of call for millions of Irish immigrants leaving for a better life in the United States and Canada. The town was also the last departure point for the Titanic and its ill-fated crew and passengers in 1912.Travelling a little further east to Midleton will allow you a spot of whiskey tasting and a tour of the Jameson whiskey distillery .

There are two routes to choose from on your Journey to Killarney, the longer, more scenic coastal route or the shorter route by Blarney Castle. Taking the longer Route, you'll head to Bantry where you can visit the French Armada Centre and the Bantry House and Gardens, as well as the most southern point in Ireland, Mizen Head. After Bantry, it’s northward to Killarney through the Healy Pass, across the Caha Mountains which divide Cork and Kerry. After this, it's onwards to Kenmare, which has a small heritage centre worth a visit! The alternative, shorter route to Killarney goes by Blarney Castle, where you can climb the ramparts and kiss the famed Blarney stone. Reaching Killarney, there are many options for things to do, Killarney’s incredible Lakes and landscapes have inspired artists for centuries. A must visit is the Killarney national park which has numerous scenic trails and walks. Other options include Ross castle, the gap of Dunloe, or simply just enjoy the atmosphere in one of many traditional Irish pubs!

Day 4: While in Kerry

For today’s excursion, there are other options in the full itinerary; however the most prominent and advised would be the Ring of Kerry driving tour. The Journey itself covers some of the country's most impressive scenery around the Iveragh Peninsula. Brilliant Mountains, valleys and coastal views will make this drive one of the most memorable parts of this tour. If a break from all the driving sounds good to you, a bus tour along this route can be organised for you. Along the Peninsula drive you'll arrive at Muckross House, a magnificent Victorian Mansion, which was finished in 1843. Set on the Eastern shore of Muckross Lake and overlooked by the daunting Torc and Mangerton mountains, the house has a spectacular location and the walks surrounding it are unmissable. Another popular option for your third day would be a a tour of the Gap of Dunloe by pony and trap, stopping at Lord Brandon’s cottage for a bite to eat, then returning to Killarney by boat through the lakes!
Another option is the Dingle Peninsula, which has more historic sites, scenic mountains and antiquities than any other part of Ireland.  Dingle is the most western town in all of Europe and is a massive tourist attraction, as many come to learn Gaelic, the Irish tongue, in "A Flor-Gaeltacht" an Irish speaking region.

Departing from Kerry, you head to Tralee to the north. Continuing on to Tarbert where you can take a ferry across to County Clare, where you will head northwards to the Cliffs of Moher. Undoubtedly one of Irelands most recognisable attractions, the Cliffs of Moher are one of the most daunting sights in all of Ireland. After that its onwards to Doolin, a little village in Clare, world famous for its food, music and atmosphere. Just north of the cliffs are anther two popular tourist attractions, the Burren Region and Poulnabrone Dolmen tombs. If you start the Day a little earlier, there’s a route through Adare and Limerick for this day, which will allow you to also visit Bunratty Castle and folk park.

Day 6: While in Clare

The Burren is a unique rocky and karst landscape that covers much of northwest Clare. In this area see how thousands of years ago man left his mark in the form of Dolmens and burial chambers. inc be found nearby.  One of Ireland’s most iconic Dolmen Tombs at Poulnabrone covers a mass grave which when excavated the remains of 16-22 adults were found as well as some stone axes and pottery. The remarkable unspoilt Aran Islands are easily reached from the adjacent town of Doolin by Ferry.  The largest island is Inishmore, followed by Inishmaan and the smallest and most eastern is called Inisheer. Irish is a spoken language, and traditional Irish ways of life can easily be seen on all three islands. Whichever island you choose to visit, you can be sure that an intimate touring coach will await you at the ferry terminal to show you all the local sights, sounds and traditions.