Built in Derby Street of Belfast Albert Street, St Peters was built in response to the growing Catholic population of Belfast throughout the 19th Century. 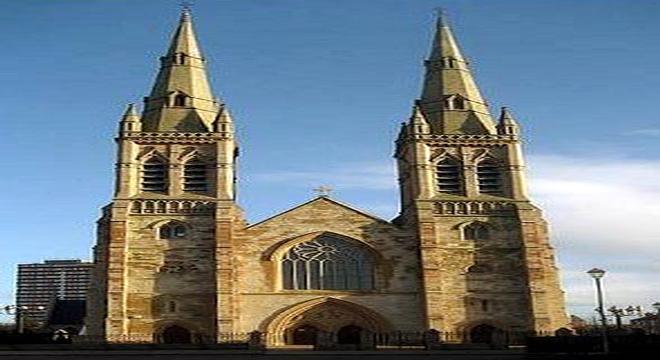 Built in Derby Street of Belfast Albert Street, St Peters was built in response to the growing Catholic population of Belfast throughout the 19th Centuary.

Following Catholic emancipation in 1800, St. Marys of Chapel lane as Belfast only catholic church was unable to cope with the growth in numbers of worshiperas and so a building programme (which brought the Italian tradesmen mentioned above) began with the erection of St Peters which began in 1860.

On land obtained and donated by the Belfast baker Bernard hughes St Peters opened in 1866 and at a dedication ceremony in October of that year a large number of Belfasts protestant community attended, many of whom had subscribed generously to the building fund.

St Peters is the seat of the Catholic Bishops of Down and Connor.