The Blackwater Way has been formed by combining two separate routes - formerly known as the Avondhu Way and the Duhallow Way... 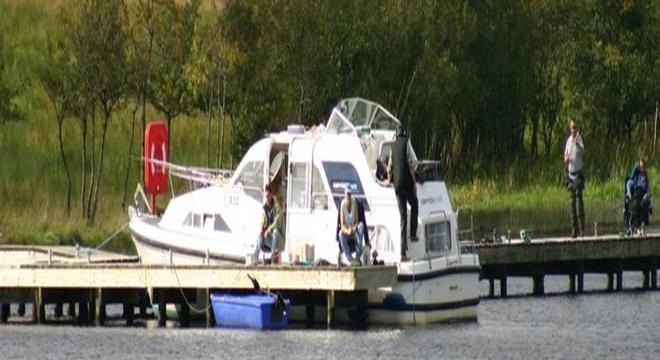 The Blackwater Way has been formed by combining two separate routes - formerly known as the Avondhu Way and the Duhallow Way - so that a linear route has been created across country all the way from Clogheen to Muckross. Walkers who set out along the Blackwater Way should note that accommodation is absent over some long stretches. It may sometimes be necessary to arrange to be collected from the route by accommodation providers.

Day 1
Clogheen is at the foot of the Knockmealdown Mountains, and the Blackwater Way starts by climbing up the scenic Vee Road to reach The Gap. There are stretches which use paths and tracks away from the road, in particular cutting out a sharp hairpin bend on the road. The route continues climbing, so that it eventually crosses a high, heathery shoulder of Knockshanahullion. A bog road runs downhill, crossing a high road and proceeding towards Crow Hill. An intricate descent from Crow Hill is followed by roads and a forest track in the Araglin valley. The Blackwater Way negotiates a maze of minor roads, tracks and paths as it attempts to stay high above the Araglin valley. There is a significant drop to cross the Lyre valley, before another series of roads and tracks is followed to the Mountain Barrack Inn.

Day 2
The link route to the Ballyhoura Way via Mitchelstown is waymarked (Red-Yellow arrows) from here. A long walk along the old Cork to Dublin coach road is followed by a series of forest tracks which flank Kilworth Camp. There is a military firing range at Kilworth Camp, so it is necessary to stick to the waymarked route. A lovely wooded stretch of the Douglas River is followed by a road walk through the village of Kilworth (hostel available) and on towards Fermoy. This busy town straddles the River Blackwater and offers a full range of services. 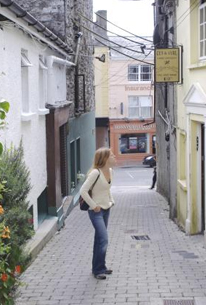 Day 3
The route follows the River Blackwater away from Fermoy, then wanders through areas of forest and fields. The Blackwater is again briefly encountered near the village of Ballyhooly. A castle on the far side of the river dominates the scene. An intricate series of roads, forest tracks and paths are linked together to form a route which weaves uphill and downhill above the course of the River Blackwater to reach the village of Killavullen.

Day 4 & Day 5
The route passes about half a mile south of Killavullen village and uses forest tracks and roads to reach Fiddane Wood. Tracks lead through part of Fiddane Wood, then more roads and tracks are linked to take the route onwards to the village of Ballynamona. There is no accommodation at Ballynamona, and walkers might prefer to continue at a more rapid pace along a series of minor roads to reach the village of Bweeng. The alternative is to catch a bus from Ballynamona down to Mallow, where the town offers a fine array of services. Timetables need to he checked if this option is pursued.


Day 6
Forest tracks feature strongly beyond Bweeng, first on the way around Bweeng mountain, then on either side of French's Road and on the way to Nad Bog. The open expanses of Nad Bog end at a high road. Again, there is no accommodation in this area, and no bus service either. Walkers needing lodgings would need to arrange to be collected at a certain time and place by one of the accommodation providers well off-route at Banteer.

Day 7
Forest tracks and bog roads are linked together to take the Blackwater Way towards the prominent mountain of Musheramore. The route skirts around the slopes of the mountain, then follows roads high above the Millstreet Country Park. Knocknakilla Stone circle is passed and there are other ancient stone remains beside the high roads. Eventually a road is used which descends towards Millstreet. This town is only a short way off route and has a good range of facilities.