Once described as ?the saddest place in Ireland', the Port of Cobh was the embarkation point for the millions that left the country throughout the 19th Century. Today the compelling Queenstown Story exhibition in the town, tells their sad tale. 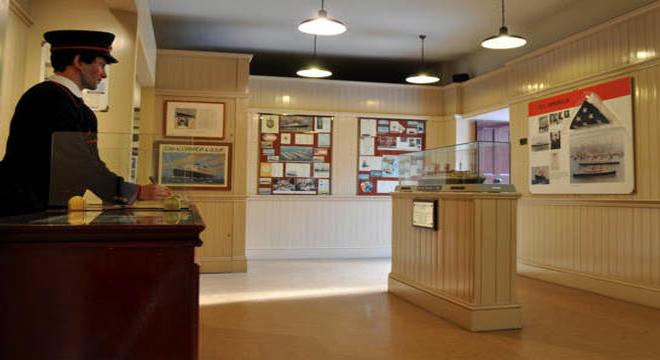 Once described as the saddest place in Ireland, the Port of Cobh was the embarkation point for the millions that left the country throughout the 19th Century. Today the compelling Queenstown Story exhibition in the town, tells their sad tale.

If your ancestors were Irish, the chances are that they left Ireland from the port of Cobh , or Queenstown as it was called before it reverted back to its original Irish name. Cobh was Ireland's most important port of emigration and from 1815 to 1970 over 3 million people boarded here, heading for new lives in North America.

The story of mass emigration from Ireland is told in The Queenstown Story, a gripping exhibition housed in the old Victorian Railway Station, through which huge numbers of emigrants would have passed. Attracting some 100,000 visitors each year, the Queenstown Story examines the devastating effect of the Great Famine on the country, during which some 1.5 million Irish people died and a further 1.5 million fled the country between 1845 and 1851. The exhibition outlines the often dangerous 12-week sea voyage to the States and takes you through the conditions of the boats often referred to as Coffin Ships due to the appalling conditions on board, hazards at sea and high fatality rate. Learn about an ‘Irish Wake' an emotive exhibition on the final farewell for emigrating sons and daughters, brothers and sisters, many of whom would never return to their homeland.

The tragic voyages of the Titanic and the Lusitania, both with strong associations with the port are also remembered in the Queenstown Story.

Email: info@cobhheritage.comThis e-mail address is being protected from spam bots, you need JavaScript enabled to view it