There are a number of different tours of Dublin (ask at the Dublin Tourist Office), focusing on different aspects of Ireland's Capital City, 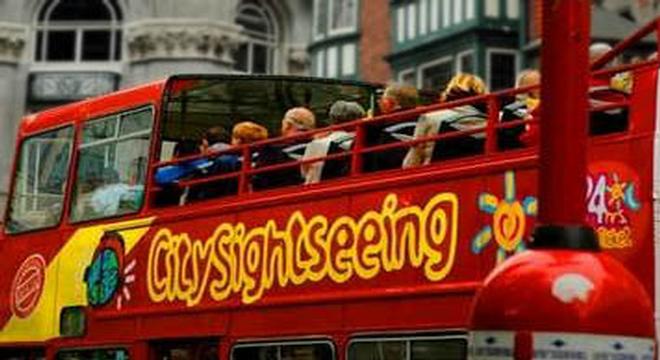 There are a number of different tours of Dublin (ask at the Dublin Tourist Office), focusing on different aspects of Ireland's Capital City, here is our pick of the best.

Dublin City Tour - Hop on & Off
There are a number of ‘hop on hop off' bus tours of the city, with commentary on the various sights and stopping at the various attractions around Dublin. Many bus tours operate discounts on selected visitor attractions ask at the tourist office for details. 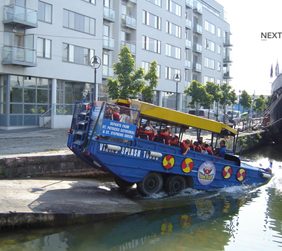 For something a little different and a bit more family fun, the Viking Splash Tour on board a DUKW - WWII amphibious vehicle, takes you around Dublin's historic sites. The Viking Guides, explain Dublin's Viking origins and will teach you to roar like a Viking, as the DUKW takes to the roads and waterways of Dublin City.

A fascinating and entertaining stroll through one of the most formative and important events in Ireland's and Dublin's history. The tour outlines the foundation of the Irish State and the events of the 1916 Easter Rising by taking you around the scenes of the battle between the Irish Citizen's Army led by James Connelly and Padraig Pearse and British Troops. The tour is conducted by published authors and historians.

The two hour "seminar on the streets' explores the main events in Irish history, from the Potato Famine, the 1916 Rising, the War of Independence and Ireland's partition, and is hosted by history graduates from Trinity College. The tour passes by Trinity College, Old Parliament House, Temple Bar, City Hall, Dublin Castle and the Four Courts, along the way. 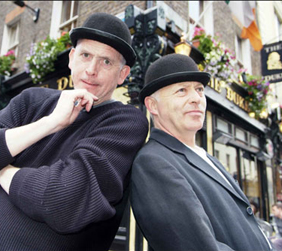 What better introduction to the ‘craic' of Dublin? This tour is led by two professional musicians, who tell the story of Irish music, while playing a few tunes along the way. On the tour you'll visit some of Dublin's oldest and most famous pubs and the tour runs every bight from May to October and just Friday and Saturday nights in November, February, March and April.

A fun and entertaining pub-crawl led by two actors performing various scenes in pubs with literary connections. Stop for a drink in each pub, but remember there'll be questions at the end of the tour with a fun-filled quiz.