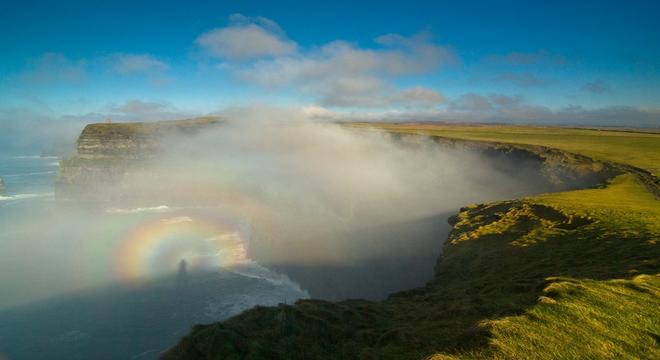 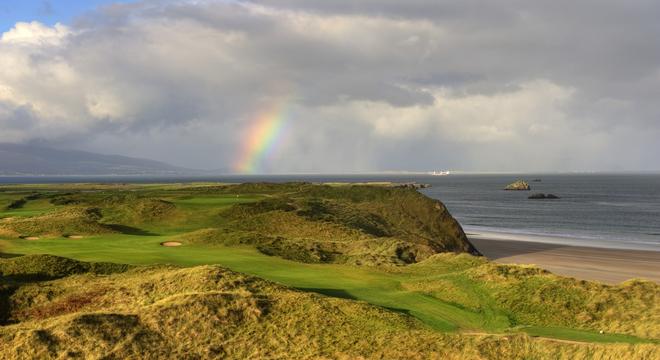 This self-drive tour around the coast of Ireland's spectacular Wild Atlantic Way is accessible through Shannon airport and is a 7-night tour based on exploring the highlights of this hauntingly beautiful coastal route.

The Wild Atlantic Way driving tour boasts the fact that it is the longest defined coastal route in the world, stretching for 2500km along Ireland’s western seaboard.

During this tour you will have the opportunity to experience the full extent of Irish traditions and the cultures that created them, all the while tracking the rugged coastline of the Island and maybe even getting the chance to pick up a word or two of our own native language.

As you journey along the coast, stuck out at the very edge of the continent of Europe, you will be subject to breath-taking scenery as the route encompasses beautiful beaches, stunning headlands jutting out to sea, jagged cliffs and some of Irelands most renowned driving routes including the Ring of Kerry and the Dingle. Also spend time in the lovely Connemara region and Aran Islands and pre-Christian Dun Aenghus Fort.

As your tour nears its conclusion you will spend your final night in Galway city, the City of The Tribes as it is sometimes called. Although this bustling metropolis is a world away from the small coastal villages which you will have paid visits to, it is almost certainly the perfect way to bring your vacation to a close. This city of culture is one that stands out among many as it is the only large city in which you will hear Irish spoken on the streets. If nothing else catches your ear in this vibrant city at least you will leave our little Island with the sense of culture, we here are so proud of.

As you pass through Limerick, feel free to call into King Johns Castle or the Hunt Museum if you have a spare hour or two! Next up is Adare, Adare is one of Ireland's prettiest and most picturesque villages and is a haven for those wishing to escape and unwind taking in its medieval surroundings.  Adare's streets are lined with original thatched cottages survived for hundreds of years. Some of the cottages are kept by local restaurants and Arts & Crafts shops, but many are still privately owned. Continuing towards Killarney, follow signs to Dingle. The early part of the drive may seem uninteresting, but soon changes as you pass through the tiny village of Boolteens, and views of Castlemaine Harbor open up on your left.

Continue west along the coast road via Red Cliff to the village of Annascaul. This small village is the birthplace of Jerome Connor, the famous sculptor, and Tom Crean, a local hero who accompanied Scott and Shackleton on three Antarctic expeditions, including Scott’s doomed attempt to reach the South Pole. On his return to Annascaul Crean opened the "South Pole Inn", which is still in business today. Dingle retains the charm of a fishing village despite being a popular tourist destination. There are a number of very good restaurants and great pubs in Dingle; An Droichead Beag on Lower Main Street hosts informal music sessions every night during the summer season. Dick Macks, possibly Dingle’s most famous pub, is half a leather shop and half a pub so you can buy a pint and a purse at the same time! Foxy John’s is a hardware store and pub combined – an unusual arrangement to say the least.

When in Dingle, you could take a boat trip around Dingle Bay to see Fungie the Dolphin. Fungie is Dingle’s most famous inhabitant since his arrival many years ago. He accompanies boats in and out of the harbor and turns up with great regularity. The trip only lasts for about 40 minutes and, apart from Fungie, offers a pleasant, relaxing way to view the coastline from a different perspective.

Day 2: While in Dingle

Here are a few of the more interesting attractions and sites around the west of the peninsula, however with the aid of a local map you could easily take a few detours along the way. From Dingle head to the harbor village of Ventry, in which the ancient tale of "Cath Fionntragha" (Battle of Ventry Strand) is based. The tale as told in a 15th-century manuscript describes how Daire Donn, King of the World, landed at Ventry in an attempt to invade Ireland and was defeated on the beachhead by Fionn Mac Cumhaill

As you continue along the coast road to Slea Head lookout for signs to Dunbeag Fort. The location of An Dún Beag, or Dunbeag Promontory Fort, makes it one of the most dramatic archaeological sites on the peninsula. It has been excavated and results show that it was begun in the late Bronze Age, 800 BC, and was used right through the Celtic period up to the 10th century. The Blasket Center in Dunquin – just a short drive further along the coast – is well worth a visit to gain an appreciation of these historic islands. Continuing along the coast road will bring you to the remains of Ferriter Castle and Dun An Oir (Fort of Gold) overlooking Smerwick Harbor.

After an early breakfast depart Dingle in the direction of Brandon to drive over the renowned Conor Pass, Ireland’s highest mountain pass. At the summit Brandon and Tralee Bays can be seen to the north, with the sandy Castlegregory peninsula separating them and to the south lies Dingle Bay. Continue to Tralee and Tarbert where you will take a ferry crossing on the Shannon Estuary to County Clare. Continue north to the Cliffs of Moher. The majestic Cliffs of Moher are without doubt one of Ireland’s most spectacular sights and overlook the Atlantic Ocean on the coast of West Clare.

You then arrive at the village of Doolin. Doolin is world-famous for its wealth of Irish folk music and in recent years has been attracting crowds to spontaneous sessions in any one of its excellent pubs. Just north of the Cliffs you then have the lunar-like Burren region and the ancient Poulnabrone Dolmen Tombs as well as the Aillwee Caves.

With an earlier start to the day, there is a longer inland route that will include visits to Adare Village, one of the prettiest villages in Ireland, King John’s Castle in Limerick City and Bunratty Castle and Folk Park just 10 minutes north of Limerick.

Today we travel to the university city of Galway and on to the Connemara region west of Galway via the lunar-like Burren Region and the ancient Poulnabrone Dolmen Tombs. Also on route, you will have a chance to visit Dunguaire Castle which was built in 1520 by the O'Hynes clan on the picturesque shores of Galway Bay. You will also have the chance to stop in Galway, the ‘City of the Tribes’ is also known as Ireland’s Cultural and festival capital. With its street entertainers and traditional pubs with great music, Galway and in particular, the Quays area of the city center will captivate you, particularly in the evening time.

Other sites in Galway include Ireland’s largest medieval parish church, the Collegiate Church of St Nicholas of Myra dating back to 1320. Christopher Columbus reputedly worshipped in this church in 1477. Also nearby are Galway Cathedral, the Spanish Arch and Eyre Square. Continue west of Galway to the hauntingly beautiful Connemara Region. Situated on the most western seaboard of Europe, this unspoiled region boasts breathtaking scenery.

The characteristic features of Connemara include its rugged, unpolluted coastline, dramatic mountains, numerous lakes, rivers, woodlands, and the renowned Connemara National Park. Visit Kylemore Abbey and the Lough Inagh Valley as well as the spectacular Sky Road near the town of Clifden. You can also visit the fishing village of Roundstone and see how a ‘Bodhran’ (traditional Irish Drum) is made

Touring north from Connemara, you will also be able to walk along the fjord at Killary harbor or indeed take the catamaran cruise through Ireland's only fjord. From there travel just south of Westport to see Croagh Patrick, otherwise known as Ireland's 'Holy Mountain' upon which St. Patrick (according to Irish folklore) spent 40 days fasting. The area around Croagh Patrick is rich in archaeological remains which provide an interesting insight into life in times past. Findings date back to 200 B.C.  Just north of the town of Westport in the county of Mayo is Ireland’s least populated region where you can walk the open countryside for miles with no company other than the local sheep.

You may also wish to visit Westport House - Designed by the famous architects Richard Cassels and James Wyatt in the 18th century, Westport House is located west of the Shannon and is one of Irelands’ most historic homes open to the public.

From Westport to the Ceide Fields near Ballycastle in the north-western tip of County Mayo is a predominantly scenic drive of approximately 74 miles that will take in excess of 2 hours. An early start to the day will allow you to make a number of stops along that route. Just before Ballycastle, you will arrive at the Ceide Fields on the R314. The surrounding area is rich in archaeological treasures, dating from the Neolithic period. The amazing geology, archaeology, botany, and wildlife of this region of North Mayo is interpreted for us at The Céide Fields Visitors' Center with the aid of an audio-visual presentation and exhibitions. Once finished here. return to Westport and enjoy some of the local nightlife!

Returning to Galway from Westport, you reach Galway City, the ‘City of the Tribes’ also known as Ireland’s Cultural and festival capital. Galway and in particular, the Quays area of the city center will captivate you, particularly in the evening time. Other sites in Galway include Ireland’s largest medieval parish church, the Collegiate Church of St Nicholas of Myra dating back to 1320. Christopher Columbus reputedly worshipped in this church in 1477. Also nearby are Galway Cathedral, the Spanish Arch and Eyre Square. If using Galway as a base will enable you to spend time in the Connemara Region as well as the Aran Islands.