In Ireland sport and activities play a big role in the local communities and society in general. For the visitor and sporting enthusiast these popular areas can be divided into professional spectator sports that offer visitors on an Ireland vacation a fun day out for spectators to a range of activities that take advantage of the spectacular Irish outdoors.

As a sporting nation Ireland has a wide range of sporting options and has enjoyed great success in a number of fields. In the international sporting arena Ireland can claim soccer (association football) rugby, boxing, golf, snooker, horse racing and the equestrian sports of show jumping as its’ most successful areas. In more recent times Irish teams have also found some success in athletics, cricket and rowing.

The main sport on a national level in Ireland is the national indigenous GAA games of hurling and Gaelic football which enjoy nationwide popularity ahead of rugby and soccer. Croke Park in Dublin is the historic home of Gaelic games in Ireland and hosts all major national competition finals. The stadium has undergone extension regeneration over the past ten years and can hold up to 82,300 spectators. All-Ireland competitions in both Gaelic Football and Hurling take place each year in which all of the island's 32 counties compete to be crowned All-Ireland champions with the finals usually taking place in the month of September.

After the popularity of gaelic games comes soccer and rugby which have quickly gained in popularly over the years most of all rugby of which has enjoyed great success in the last few years. Irish provincial rugby is now fully professional and has witnessed significant success since the turn of the century with the provinces of Munster and Leinster, in particular, being crowned champions of Europe on five occasions. The other provincial sides of Ulster and Connacht have also proved competitive in European competitions. Local club rugby remains the heartbeat of the national game and acts as a feeder system for the Irish provinces. The Irish national side has also been competitive on the international scene over recent times (in the top five in the world), and claimed the coveted Six Nations Grand Slam title in 2009.

Shamrock Rovers are the country's most successful domestic club with 17 titles followed by Shelbourne and Bohemians. Other notable clubs include St. Patrick's Athletic, Cork City, Derry City and Sligo Rovers. The republic of Ireland and Northern Ireland also field national soccer teams which compete on the international stage with Irish soccer fans being noteworthy worldwide for their undying support. Both the national (republic of Ireland) soccer team and national rugby team play their home matches at the Aviva Stadium in Dublin. 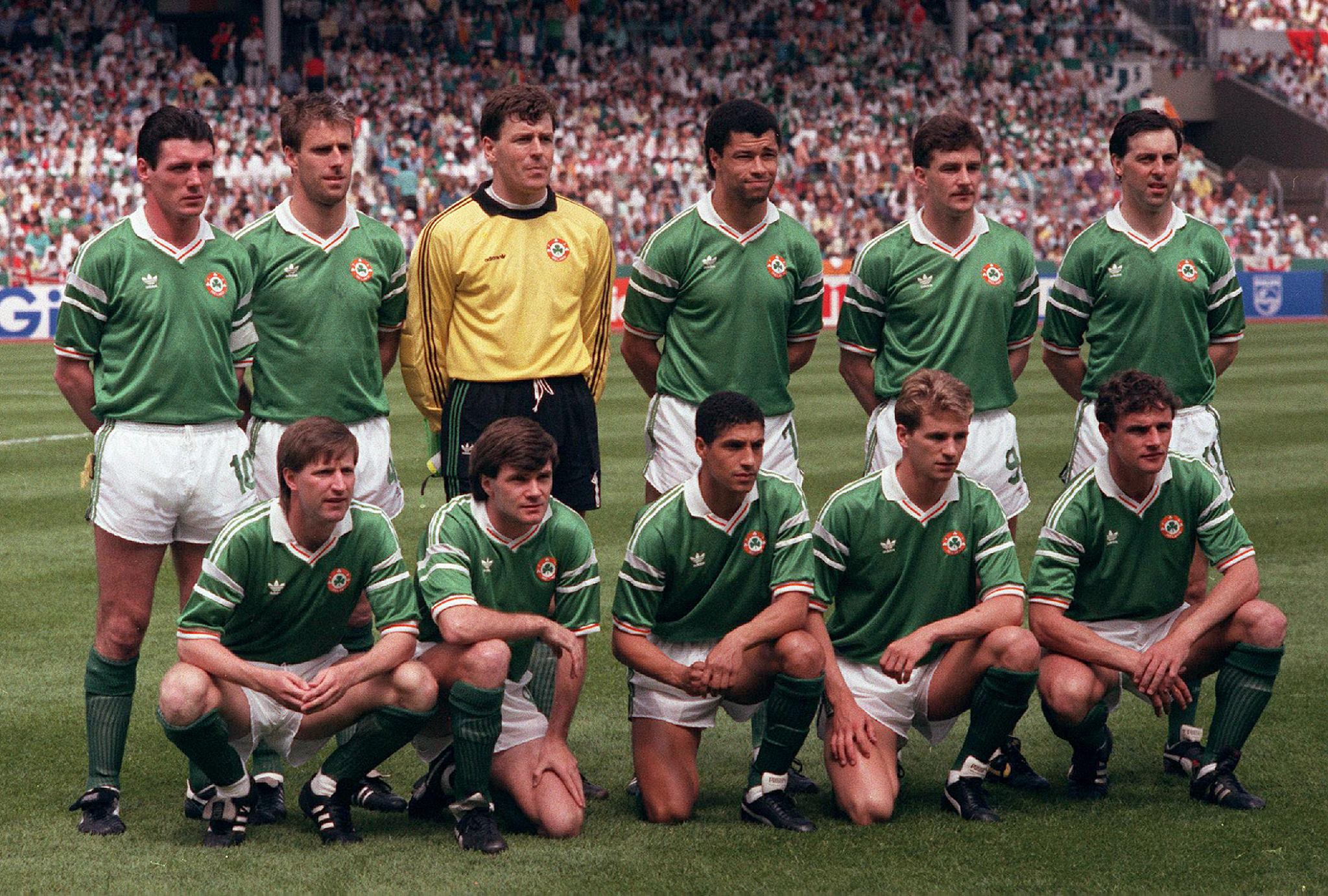 Aside from team sports Ireland is also world renowned for golf and its wide variety of scenic and challenging golf courses whether it be a links or parkland course. The Irish coastline is dotted with challenging links courses carved out from the natural coastal landscape which has attracted some the world's best golfers and even the odd US President, former President Bill Clinton known to have regular trips to Ireland and, in particular, to Lahinch Golf Club in County Clare. Other well known links courses include Ballybunion, Portmarnock and Royal County Down. Inland you can find some of Europe's finest parkland courses including Mount Juliet, The K Club, Fota Island Golf Club Cork, Carton House and Druids Glen. The K Club played host the Ryder Cup in 2006 which show the European Team captained by Ian Woosnam emerge victorious. Famous golfers to come from Ireland (north and south) include the likes of Rory McIllroy, Padraig Harrington, Graham McDowell, Darren Clarke  and Paul McGinley.

Another popular sport and sporting pastime in Ireland is the world of greyhound and horseracing both popular sporting attractions providing exciting fun days out. Of the two, horseracing is the most popular and most internationally renowned. Ireland is home to the major horse breeding operation of Coolmore and Irish horses, jockeys and trainers continue to reach unprecedented success on the world stage. For horseracing enthusiasts the main race courses are the Curragh, Leopardstown and Fairyhouse which run national hunt and flat racing throughout the calendar year.

Aside from Ireland's many spectator sports offering fun days out, for the sports and activity minded visitor there is much more fun to be had than just watching a match or a trip to a racecourse. Throughout Ireland there are many sporting clubs supporting a number of lesser known sports and catering to all manner of land and water based activities. Along popular coastal areas there are all manner of water sports and water based activities available in the summertime which range from sailing to surfing to deep sea diving.

With its natural landscape comprising of coastal areas, mountains and valleys it is unsurprising that Ireland offers a whole host of activities and outdoor pursuit options for the adventurous and active minded. Starting on foot the magnificent outdoor scenery offers great hillwalking, intense hiking and leisurely walks and ambling opportunities with many noted walks and specialwalking festivals held throughout the country.

If exploring the countryside on foot isn’t your thing then there is always the option of travelling by bicycle or indeed on horseback, horsetrekking and equestrian related sport activities being very popular in Ireland. If walking, cycling or horsetrekking around the countryside isn’t enough and one wants more adrenaline and alternative outdoor landbased activities then there are a selection of fun and individual adventure sports around the country that take advantage of the natural landscape. From rock climbing to abseiling, from quad biking to mountain biking along woodland areas, and from gokarting to blokarting (a new sport/activity that uses the power of the wind to propel you along) and everything in between there are a host of landbased activities and adventure sports to explore and enjoy nationwide.

And the activities are confined to land for being an island nation with magnificent coastlines and beaches as well as many rivers and lakes inland, water and the sea offers the active and adventurous visitor a wealth of new opportunities. Inland there are many leisurely angling opportunities whilst kayaking and canoeing along the rivers and lakes offers a more alternative and action packed view of the local scenery and wildlife. The full range of watersports and waterbased activities can be explored along the coastal areas though with many available in the summertime and indeed all year. Among the watersports and activities on offer are sailing, surfing, windsurfing, watersking, waterboarding, and deep sea diving to name just some. Surfing in particular is becoming a very popular and noteworthy sporting activity catering to both experienced and beginners with Ireland having hosted the European Surf Championships in 2011. Thenorth west of the country has become a mecca for surfers from across the globe to avail of the the great waves produced by the Atlantic Ocean.

For the more sedate manner there are other water and landbased options available from whale watching, sea angling to hiring a boat for the day, to a day leisurely pursuing golf or even partaking in clay pigeon shooting in certain locations. Action based activities aside there is also the option of checking out the main attractions of the region by spending a day touring the town or countryside. A holiday or visit to Ireland can be an active and fun vacation with a host of things to do. From taking in the scenery to adventure sports and activities onland and on water to simple tours of the area there are a host of activities and adventure based pursuits available in Ireland. So whether you be an adrenaline junky or a more active yet leisurely person you will find something of interest on your holiday.

From its wide variety of team sports, clubs and sporting pastimes that dominate the national and international scene to many activity based pursuits that take advantage of the landscape, sport and outdoor activities are a big part of Ireland.