The largest town in County Carlow, Carlow has the name of being the Celtic Centre of Ireland. Near to the town is the tiny Sleaty Church, reputed to be where the oldest Christian manuscript - The Life of Saint Patrick - was said to have originated. 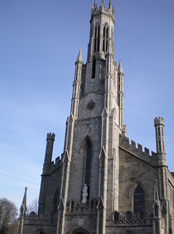 Many fine, historical buildings will capture your interest, specifically the Cathedral which took more than 14 years from 1833. You will only be able to notice one wall and two towers of Carlow Castle - built in the 13th century, it was a ruin by 1765.

For a more complete site of historical interest whilst on an Ireland Vacation, take a trip to Carlow's spectacular Brown Hills Dolmen - a field monument of huge proportions. As is often the case with these remnants of an ancient time, the purpose and history of this Megalithic structure is a mystery. The likeliest explanation is that it marks the burial of a local king but myth and conjecture have long since masked any known facts. 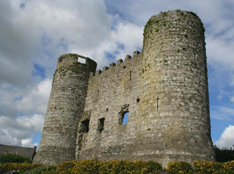 Despite the size of the town, it plays host to an impressive array of festivals throughout the year. These culminate in the Feile an Fhomhair Carlow which is a five day bilingual festival in October with an environmental theme. The town is also home to the popular Carlow Golf Club