Limerick City, Capital of the Shannon Region, has a colorful and fascinating history with Castles, ancient walls and museums testament to its past. Its City Charter is older than that of London's, granted to the city in 1197 by King John. 1691 saw the capture of the city and the signing of the Treaty of Limerick. The 1800s, among other things saw the construction of St. John's Cathedral (1856) which took over 3 years to complete.

Originally built in gothic style, it has a dramatic spire which was constructed in 1883. Throughout the late 1800s and much of the early and middle 20th century, Limerick went through some difficult periods, times which have been described so famously in Frank McCourt's Angela's Ashes. However, the opening of the University of Limerick, the first university established since the independence, marked a change in the fortunes of Limerick. Many multinational companies were attracted to the city with Dell Computers being the biggest, today employing thousands of people from the city and county.

The Limerick of the 21st century is a busy and progressive city which is also a seat of learning, housing the 8000 students of the University of Limerick. It is a city of contrasts in that it has a Medieval core and an intriguing history and yet is also a thriving commercial and tourist centre.

The Limerick City Gallery of Art features a permanent collection of 18th-20th century Irish Art. An extensive temporary exhibition programme of over 40 exhibitions a year.

Lough Gur Stone Age Centre is the most important Stone Age site in Ireland. The visitor centre, on its lakeside site, contains a display and audio-visual show presenting the site's history. The archaeology of the area provides evidence of the activities of the first farmers in the region. 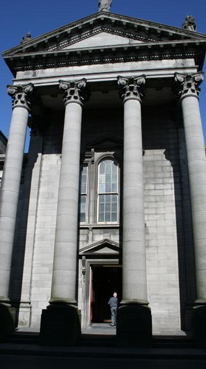 King John's Castle , located on King's Island, a visit guides the visitor from pre-Norman times to the present day. The excavated, early defences and house sites of pre-Norman Limerick are presented in situ and are graphically interpreted for the visitor. The massive gate house, battlements and corner towers await exploration, while the war machines lie silent in the courtyard. The state-of-the-art interpretation shows how this magnificent castle operated as a centre of royal authority and defence.

The deValera Museum & Bruree Heritage Centre, Bruree is the place in which Eamon de Valera spent his boyhood. Academic, freedom-fighter, politician, statesman and one of the outstanding figures in 20th century Ireland, deValera lived here from the age of two and a half years. The Museum and Heritage Centre uses audio-visuals, graphic panels, set pieces and displays of personal memorabilia to tell the story of the village's greatest son and of the area credited with forming his character.

The Hunt Museum, home to one of Ireland's greatest private collections of art and antiquities. The collection reflects our Celtic past as well as masterpieces by Da Vinci, Yeats and Renoir. Open: All Year