Situated on the River Slaney, Wexford is an old Viking town which has deep roots of British presence. The Anglo-Norman invasion began in Wexford. When it was taken over by Cromwell in 1649, Wexford became a garrison town. During the rebellion in 1798, despite a most determined effort, the town was defeated.

Wexford today has much to remind the visitor of its significant place in Irish history , however it has adapted well to modern demands. The home of several thriving industries and playing a central role in Irish tourism, Wexford is a healthy blend of past and present.

The JFK Aboretum, which was formally dedicated to the memory of President John F Kennedy, is a definite inclusion on the Wexford list of interesting places. The 252 hectare park displays over 4,500 species of shrubs and flowers. With a miniature railway, a cafe and an informative visitor centre, there is something for all the family.

Johnstown Castle Gardens, four miles south of the town is one of the main attractions of the area. Originally built for the Grogan-Morgan family between 1810 and 1855, this property was presented to the State in 1945 and has been used as a centre of agricultural research ever since. The visitor will be mesmerised for hours by the variety of interesting gardens. The sunken Italian garden and the magnificent 4 acre walled garden, which is entered through the gargoyle clad Devil's Gate, are just a few examples of these.

The Irish Agricultural Museum is housed in early 19th century farm buildings and an impressive selection of historical farming implements are on display. A wide range of exotic as well as native species of trees and shrubs provide an all-year array of colours. You will also find swans, herons and a recently introduced flock of mallards, occupying the three lakes within the demesne.

9000 years of Irish history is represented within a fascinating setting of woodland, riverbank and native Irish dwellings in the Irish National Heritage Museum. This unique opportunity to learn about Ireland's past is set in 35 acres of authentic campsite, ringfort and Viking settlement recreations. 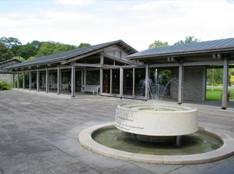 Dunbrody Abbey and Visitor Centre is a Cisterician Abbey, founded in 1210. Set alongside the ruins of Dunbrody Castle , there is much to see including one of two full size hedge mazes in Ireland.

Hook Lighthouse is the oldest lighthouse in both Ireland and the United Kingdom. Built in the 13th century, to guide travellers safely around the treacherous Wexford and Waterford coastline, it is also home to numerous wrecks. There is also a wheelchair-friendly visitor centre.

Situated in the tiny but beautiful village of Crannford, Crannford Mills is a 17th century corn-grinding water mill. It was recently restored to full working order by the Lyons family, who offer personal guided tours in English, French and German.

Wexford Wildlife Reserve is situated on the north side of the River Slaney. Up to 30% of the world's Greenlands white-fronted geese, along with other ducks, spend their winters on the mud flats.

It's hard to compete with the atmosphere in Wexford during the internationally renowned Opera Festival in October. There are many race meetings in Wexford throughout the year.