Wicklow town, capital of the county, stands on the lower slopes of Ballyguile Hill, overlooking a wide bay fringed by a crescent curve of coast.

Wicklow was named after the church belonging to St Manton, a peer of St Patrick. Much later, the town was occupied and renamed Wykinglo by the Danes. At this time it was one of the Danes' main maritime bases on the East coast. After the Anglo-Norman invasion in the 12th Century, Wicklow was included in the large grants of land made by Strongbow to Maurice Fitzgerald. Until the 17th Century, the town was repeatedly attacked as the O'Tooles and O'Byrnes contended with the English for Wicklow. 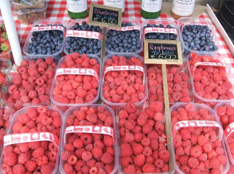 The 1798 rebellion had a major impact on almost every household in county Wicklow. Enormous loss of life, destruction of property and transportation ensued. Many Wicklow men were transplanted to the penal colony of New South Wales, as a result of the rebellion. Wicklow's Historic Gaol makes a unique day out - you will receive an absorbing overview of Irish social and political history.