Bantry Bay is one of the finest natural harbours in the world and an important location in Irish history. It was to be the landing site of a French liberation force, led by Wolfe Tone, consisting of 43 ships in 1796. However, some of the worst storms the area had ever seen prevented the French landing and joining the United Irishmen's Rebellion.

Richard White, an Englishman in the area, alerted the authorities of the attempted invasion and was awarded a peerage by George III for his trouble. In 1801 he was made Viscount Bantry, becoming Earl of Bantry in 1816. The 2nd Earl of Bantry collected art and furnishings from all over Europe and refurbished the family home - Bantry House. 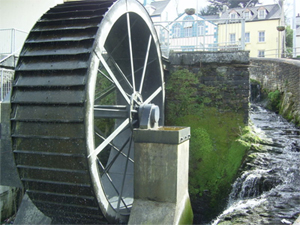 Bantry House is now the highlight of a visit to Bantry and, while the White Family still live there, it is open to public. The carriage house and stables have been converted into the French Armada Centre, which explains the events surrounding the rebellion of 1796-1798 ( a little ironic considering how the 1st Earl got his title). The gardens are every bit as impressive as the house. Don't miss the ' stairway to heaven' in the Italian garden at the back of the house.

The town centre consists of the large Wolfe Tone Square recently remodelled into an attractive outdoor space. An open air market is held in the town every Friday.

The town has a number of traditional music venues and a large variety of cafes and restaurants to enthuse visitors on any vacation in Ireland.