Set in the southwest of county Offaly , Birr is the most attractive and well kept town in the county. With tree-lined avenues and Georgian Houses, Birr is a town with much character.

Initially a monastic town from the 12th century when St. Brendan of Birr founded a monastery, it was in the 13th century that, like so many other towns, it became a Norman town. During the Plantations of 1620 the estate, including the castle, were given to the Parsons in whose hands the estate still remains after 14 generations. The town was once called Parsonstown, taking the name of the Parson family. Birr Castle is today the oldest inhabitted dwelling in County Offaly 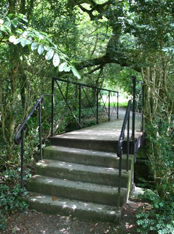 The main attraction today is the gardens of Birr Castle which contain over 1000 species of different shrubs. The shrubs come from all over the world including species from China and the Himalayas which were brought to the estate in the 1930s. The world's tallest box hedges are also in the gardens, currently standing at 12 meters high. Group visits are possible but only on booking well in advance.

Also in the castle grounds is the world famous telescope. Completed in 1845, scientists and astronomers from all over the world came to use the telescope. It remained the largest in existence for 75 years. The telescope was used in the mapping of the moon. Demonstrations take place 3 times daily as to how the telescope worked. 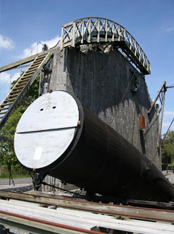 Other attractions in the town include John's Mall, which has a Russian cannon used in the Crimean War, and also the Birr Stone said to have marked the centre of the country.

Birr also has a very successful Hurling team who have won the all-Ireland hurling club championship four times so far.