Carndonagh (Carn Domhnach in Irish), one of the main towns of the picturesque Inishowen peninsula in County Donegal is the ideal base for exploring all that Northern Ireland has to offer whilst on a vacation in Ireland.

The town is a short distance from Malin Head which is the most northerly point of the entire island of Ireland and an important fishing port. Due to its central location in Inishowen, Carndonagh is within a short driving distance to many beautiful sandy beaches such as Lagg and the Five Fingers Strand in Malin, Culdaff, Pollan Bay, Tullagh and Kinnegoe Bay. 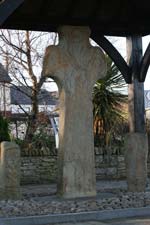 Carndonagh is the site of the Donagh Cross, a rare ancient relic that belonged to an early Christian monastery that is reputed to have been founded by St. Patrick in 442AD. The Donagh Cross which itself dates from the 8th Century is a popular tourist spot especially for those interested in ancient Irish history.The meaning of the original Irish name, Carn Domhnach, is the burial mound of the church. The town is laid out around a central diamond which was designed by a local architect, Gary Doherty and is where four roads meet from North, South East and West. The imposing and magnificent Catholic Church sits high in the centre of the town overlooking Trawbreaga Bay and can be seen from miles around. Each stone for the granite-built building was hand carved and laid by master Stone masons from all over the country. The location also provides a good vantage point of the surrounding countryside. 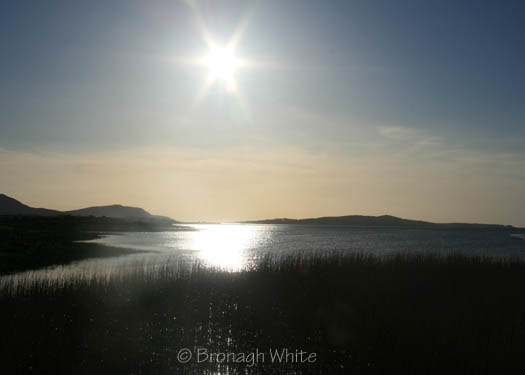 Carndonagh is also well known for its pubs which draw crowds from the town and other surrounding areas.A quiz night takes place each Thursday at The Glen Bar and live music featuring local acts can be enjoyed at the weekends in The Arch Inn and The Persian Bar. There is also a nightclub (Tul na Ri) on the outskirts of the town which is very popular with the locals and visitors.