Clare Island is a charming land of rugged peaks, closeted sandy beaches, and ancient ruins and is closely associated with one of the most illustrious women in Irish History, Grace O'Malley.

On of Ireland's many islands, and just 16.5sqkm long Clare Island is situated at the mouth of Clew Bay in County Mayo. The island is dominated by the mountainous quartzite hills in the north-west where the imposing peak of Knockmore rises some 461m high. Clare Island is just 5km from the mainland port at Roonagh Quay and is arrived at by the small pier beside a beautiful sandy beach overlooked by the tall 15th Century Tower ruins of Granuaile's Castle . 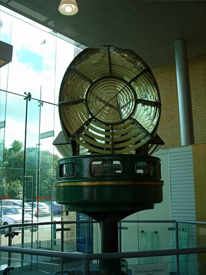 This tower and indeed Clare Island and Clew Bay were once the stronghold of the legendary Grace O'Malley, Pirate Queen of Connaught. Grace or Granuaile (1530-1603) led a fascinating and eventful life and was famed and often feared throughout Ireland in the 16th Century. This was a time when the old Gaelic Chieftains were in constant conflict with Elizabethan England and its attempts at gaining control of Ireland. At 15 Grace married Donall O'Flaherty and when he died she became head of the powerful O'Malley and O'Flaherty clans who dominated the province of Connaught. She was a great leader and a skilled sailor and with her fleet she terrorised merchant ships coming in and out of Galway. Grace married into wealth again, to Iron Dick Burke, before divorcing him within a year under Brehon Law. With her actions bringing her into greater conflict with England she decided to have a woman to woman with Queen Elizabeth. When they met, Grace and Elizabeth spoke on equal terms in the only language they both knew, Latin. When she left Grace was granted royal pardon and offered a title, which she refused, saying she was already Queen of Connaught. She died on Clare Island and is buried in the small Cistercian abbey in a canopied tomb bearing the O'Malley crest with the motto: "Invincible on land and sea".