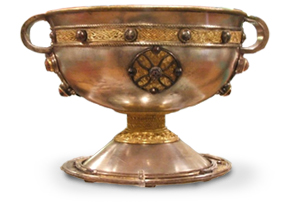 Sometime between about 600 and 150 BC, Celtic peoples from western Europe, who came to be known as Gaels, invaded Ireland and subdued the previous inhabitants. The basic units of Gaelic society were the tuatha, or petty kingdoms, of which perhaps 150 existed in Ireland . The tuatha remained independent of one another, but they shared a common language, the Gaelic language, and a class of men called brehons, who were learned in customary law and helped to preserve throughout Ireland a remarkably uniform but archaic social system. One reason for the unique nature of Irish society was that the Romans, who transformed the Celtic societies of Britain and other societies on the Continent with their armies, roads, administrative system, and towns, never tried to conquer Ireland. 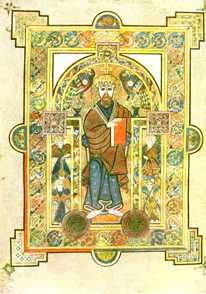 Another consequence of Ireland's isolation from Romanized Europe was the development of a distinctive Celtic type of Christianity. Saint Patrick introduced mainstream Latin Christianity into the country in the 5th century AD, but the system of bishops with territorial dioceses, modelled on the Roman Empire's administrative system, did not take secure root in Ireland at this time. While the autonomous tuath remained the basic unit of Gaelic secular society, the autonomous monastery became the basic unit of Celtic Christianity. During the 6th and 7th centuries the Irish monasteries were great centres of learning, sending out such missionaries as Saints Columba and Columban to the rest of Europe. What was for most of Europe the Dark Ages was for Ireland the golden age. Religious art, such as the Ardagh Chalice, the Book of Kells and other illuminated manuscripts, flourished alongside secular, even pagan, artistic achievements, such as the Tara Brooch and the great Irish epic Tain Bo Cuailgne (The Cattle Raid of Cooley).