Listowel's gaelic name Lios Tuathail means the earthen fort. Situated about ten miles from Ballybunion, this busy little market town overlooking the River Feale has a degree of literary distinction. Listowel can be proud of the impressive number of writers who have hailed from the area.

Possibly the most famous of these is John B. Keane. He was made internationally famous when his work "The Field" was translated to the silver screen in 1990. Dr. Bryan McMahon is also a renowned literary son of the town, known best for his short stories and also his book "The Master" published in 1992.

For such a small town, Listowel has a lot to offer and is probably best known for its two festivals, "Writers Week" and "The Listowel Races". Both events are held annually. Writers Week is held in May and attracts writers from all over the world while the Listowel Races held in the third week of September is a horse-racing festival popular with racing enthusiasts and holidaymakers alike. Traditionally, it is also a chance for farmers to relax after the harvest season. 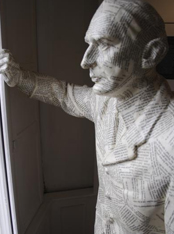 There are a number of places of interest to visit both in Listowel and the surrounding area. The Garden of Europe situated in the centre of the town was set up in 1995. Containing 2500 trees and shrubs, it holds the only public monument to the millions who died in the Holocaust. St John's Gothic Style church, built in 1810, is also a major tourist attraction as it is now the Arts and Heritage Centre of the town. The church which was recently renovated is very much associated with the main Anglo-Irish Families of the district including the Sands, Hewsons and the Raymonds.

In the Listowel area, the Carraigafoyle Castle and Listaughton Friary can be found. Both the castle and the friary were built in the 15th century by the O'Connor family who were the rulers of Northern Kerry at the time. You can climb a 29m staircase to the top of the castle to view the surrounding scenery.

As with most Irish towns, there is a number of lively pubs to be found here. One of the most famous pubs is probably that which belongs to the author John B.Keane. The pub is simply known as "The John B Keane Pub".