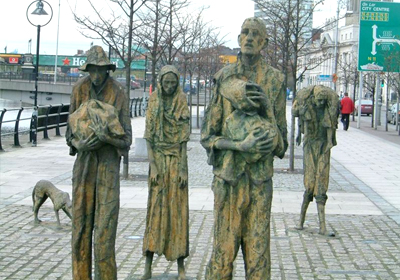 The Great Famine also referred to as "The Great Hunger", that lasted between 1845 and 1849 was arguably the single greatest disaster that affected the Irish history.

The famine was caused by the potato blight (fungus) that was inadvertently brought over initially from North America to mainland Europe and had eventually made its way to Ireland during the summer of 1845. It was not unusual to have crops that failed and people thought that it was just an isolated event. What the eight million people who lived in Ireland at the time did not realise was that the potato crops would fail for the next four years and that the disaster would lead to the deaths and the emigration of millions of its peoples to strange, foreign and distant lands. The potato was the staple diet for the Irish people at the time and was the only food that was affordable for the masses. Certain grains such as oats and wheat were grown, but were exported by the government as were cattle and pork. In just four years, Irelands was on its knees. Over a million of its population would die from disease and starvation and through forced emigration, Irelands' population was reduced by almost a further two million people.

The initial efforts to alleviate the problems brought on by the failure of the potato crop were slow to be organised. As was mentioned earlier, it was not unusual to have a potato crop fail. People lived on their reserves and shared with those that were better of. 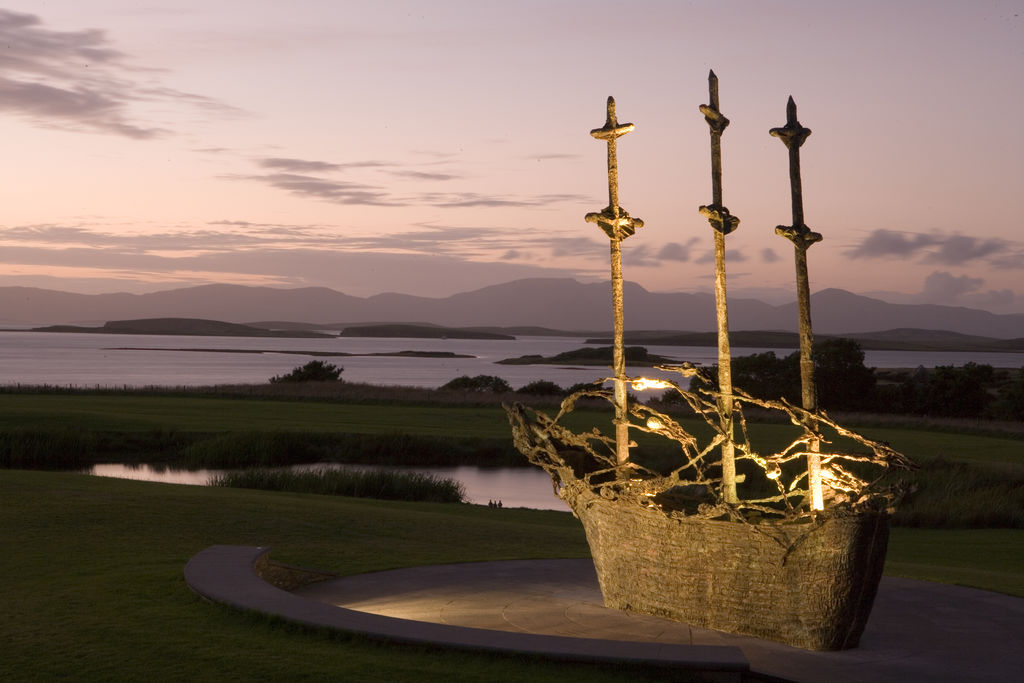 Many of them had also eaten their seed potatoes, therefore depriving themselves of their next harvest as well, but as the years went on and the crops kept on failing the world slowly became aware of the plight of the Irish people. The British government's reaction at first was slow and some members also suggested that the problem was in Ireland and should be left to sort out or let it run its course despite the fact that other crops continued to be produced and exported while the people were dying. To make matters even worse, some landlords began to evict those tenants who could not pay their rent, sending them wandering aimlessly from town to town in the search of food. The town of Skibbereen located in the West Cork region was particularly affected to the extent that it became the rallying point for international efforts to help out. The United States who despite being at war with Mexico at the time, dispatched two warships (the Jamestown and the Macedonian) laden with supplies to assist the starving population.

Eventually groups such as the Quakers, set up soup kitchens in order to try to save the population. Another attempt by the government to get the most out of the already starving and disease ridden Irish was to establish Work houses for the starving. It was felt that they would feel more worthy knowing that they were not accepting food for free.