Hoping to recover their lands and political dominance in Ireland, Catholics took the side of the Catholic king James II in England's Glorious Revolution of 1688 and thus shared in his defeat by William III at the Battle of the Boyne in 1690. The Irish Protestant elite consolidated its victory over what was left of a Catholic elite by enacting a number of Penal Laws designed to exclude the latter from property and power. Protestants had not, however, won for their parliament the powers that the landed elite of England had won for theirs in the Glorious Revolution. Furthermore, British trade policies discriminated against Ireland, and many of the Scottish Presbyterians in Ulster began to emigrate to America, where their descendants became known as the "Scotch-Irish." In 1782 a "Patriot" party led by Henry Grattan and backed by an army of Protestant volunteers persuaded the British government to amend Poynings's Law to give the Irish Parliament legislative independence, including the right to establish Ireland's own tariff policy. 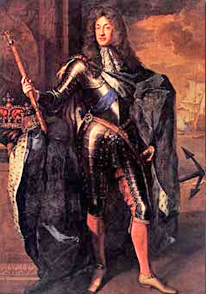 The reforms of 1782 did not extend far enough in a democratic direction to satisfy such intellectuals as Wolfe Tone and many of the Presbyterian merchants and farmers of the north, who were prompted by the French Revolution to form the Society of United Irishmen. The United Irishmen allied themselves with the Catholic "Defender" cells that had recently originated out of sectarian conflict in County Armagh and spread throughout the south. A rebellion in 1798 was quickly put down, but it convinced the British government to end Ireland's separate political institutions. Members of the Irish Parliament were cajoled and bribed into passing the Act of Union (1800), which provided for a single Parliament for the British Isles. Catholics, who had been granted the right to vote in 1793, were encouraged to believe that the united Parliament would grant them the right to hold parliamentary seats. Not until 1829, however, when faced by a menacing agitation for Catholic Emancipation led by Daniel O'Connell, did Parliament grant this right.