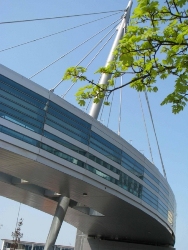 The Airport has excellent bus links to Dublin City. All major car rental companies have desks at the airport and there is a full range of shops, bars and restaurants near Dublin Airport. Dublin Airport also offers VIP hospitality in the Anna Livia Lounge, offering relaxation and added security and offering easy access to boarding gates.