Take a Trip to Ireland

Whilst it is a cliché thing to say, a bit of Blarney so to speak, a visit to Ireland offers an unforgettable experience that will remain in your consciousness for a long time.

An Ireland vacation encompasses a wide and varied experience and visitors are guaranteed to leave with a memorable story to tell and fond memories. From the unexpected and laidback nature of the Irish countryside, where being stopped on a country road in West Cork peninsulas by a stray cow or loose sheep is a common occurrence, to the heart warming sense of community, waving to strangers as they pass by to staying in from the rain in a local pub listening to traditional music over drinks, trips to Ireland are always unique. While the stunning landscape brings to mind a bygone age and era of myth and legend that spawned the legends of Cu Chulainn and Fionn Mac Cumhail, Ireland has many sides both old and new.

Ireland (Éireann in Irish) is a place that both absorbs and permeates visitors leaving them with cherished memories.

People sure don’t come to Ireland for the weather, though even when the rain is beating down its easy to find solace in a quiet corner beside a roaring fire or a riotous afternoon enjoying the craic in a local pub. Besides, on the Emerald Isle, it’s the rain that makes the grass so green.

At Discovering Ireland we have a range of options to choose from including small group tours of Ireland, chauffeur and private tours of Ireland, golf vacations in Ireland, escorted coach tours or if you are looking to honeymoon in Ireland we offer something extra special! There are many ways to really enjoy your time in Ireland, and our agents can advise on what is the best way for you and your party to enjoy all that Ireland has to offer. 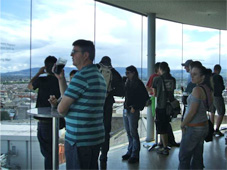 Ireland of today is vastly different to the one of yore yet still retains its legendary status. The past years of prosperity experienced during the Celtic Tiger era welcomed in a more modern and cosmopolitan Ireland evident in its cities. Thankfully while the excess of the Celtic Tiger era is over, Ireland has undergone some modern changes catching up with its European neighbours whilst still retaining the values that made it unique. Another change in the past few decades has been that the Catholic Church once the cornerstone of Irish life and politics has waned in power and control with today’s Irish society being a lot more liberal. In the North of the country, the troubles of old have also gone with peace bringing jobs prosperity and normality to the province. With the draws of the city of Belfast and the magical landscape of Antrim and the Giants Causeway in particular, the North is fast becoming a great travel destination. 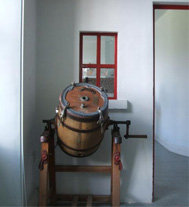 A vacation in Ireland comes with so much more than the old clichés of shamrocks and leprechauns. Its many towns and cities are now vibrant and multi-cultured with a raucous, energetic and cosmopolitan vibe whilst its rural landscape retains the laidback charm and heritage of old. Despite the vast changes of the past few years, Ireland will always retain those long held traditions and values that make it unique. Its wild and romantic landscape with dramatic coastlines, lush green grass, majestic mountains and picturesque rustic villages in combination with the world renowned warmth and hospitality of its people is a winning combination. This combination of vibrant modern cities, rich culture and heritage along with the laidback and beautiful charm of the rural landscape and the warmth of its people makes Ireland one of the most beloved nations on earth and a popular tourist destination.

As a destination for travel, Ireland always delights and with many Ireland Vacation Deals and Special Offers to be had from all inclusive Ireland vacations to self drive tours of Ireland an Ireland vacation is the ideal choice for your next trip.

Ireland is an island of approximately 85,000 square kilometres (32,000 sq miles) with a coastline that stretches over 4800km (3,000 miles) with several indentations and magnificent peninsulas and lies in North Western Europe in the Irish Sea next to Great Britain. The island of Ireland consists of 32 counties, of which six are part of the United Kingdom and form a separate country called Northern Ireland. Northern Ireland is a separate entity from the rest of the island forms part of the United Kingdom.

The remaining 26 counties which gained independence in 1922 form what is today called the Republic of Ireland. Despite being separate nations with different parliaments, all 32 counties are grouped into 4 provinces, Munster, Connaught, Ulster and Leinster. It is within the 9 counties of Ulster, that the six counties that makeup Northern Ireland, lie.

To describe the broad population of Ireland, The term "Irish people" is very loosely used. According to the most recent census, the whole island of Ireland (republic and the north) consists of just over 6 million people with approximately 4.3 million living in the Republic of Ireland and 1.7 in Northern Ireland. However to group all 6 million under one label one will find misleading for when travelling and visiting different parts of Ireland, one will witness very different characteristics that transcend labels. While some characteristics may be common throughout the island, the differences in people in each county and town are intriguing. 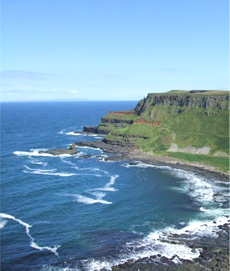 Ireland's landscape consists of a ring of coastal mountain ranges encircling a mostly flat low-lying area in the midlands. The type of rocks found in these various ranges differs greatly. Ireland can thus be divided from a geological point of view into a series of physical regions which were largely formed by the effects of glaciation.

In geology, these regions are known as provinces and there are 9 commonly referred to:

Glaciation was one of the major influences on the geology of Ireland and the manifestation of these nine provinces can still be seen in the drowned drumlins of Clew bay in the west coast of Ireland, the hard quartzitic peaks of the Sperrin mountains, the Antrim Plateau and the parallel ridges of sandstone mountains with fertile limestone floors between them of Cork and Kerry among others.

The History of Ireland

Ireland otherwise known Emerald Isle (due to the richness and greenness of its pastural landscape) has had a turbulent and all too often sad history with its epic story having been recounted in many a haunting Irish ballad handed down through the generations.

It is believed that Ireland was first settled around 6000BC with farming arriving almost 2000 years later. Whilst one of the only countries in Europe to evade Roman invasion, Ireland was invaded however around 300 BC by people of Celtic origin from Western Europe, who came to be known as Gaels and left an indelible mark on the country and her culture.

The basic units of Gaelic society at that time were the Tuatha, (or petty kingdoms), of which it is said almost 150 existed in Ireland.
While they remained independent of each other, The Tuatha all shared a common Gaelic language and Brehon law amongst each other all of which helped to preserve a remarkably uniform social system throughout Ireland.

The Celts later subdivided Ireland into the 32 counties and five provinces: the four that are in use today plus Meath which was separate at that time from Leinster

With Ireland remaining outside the control Roman Empire, it was never invaded by them unlike most of the rest of Western Europe, this left for the development of a unique culture in Gaelic Ireland

There are a host of events and festivals in Ireland to choose from throughout the year. Among the many events that draw millions of tourists to Ireland every year are: