No trip to Ireland is complete without a visit to Cork. Corcaigh (in Irish) The largest county of Ireland, Cork is tucked away in the south western corner of Ireland along with county Kerry . It is bordered by Co. Waterford to its east and by counties Tipperary and Limerick to the north.

Like many counties in Ireland Cork's main industries are farming, fishing and tourism. The remote westerly region of West Cork has become a popular destination for those wanting to get away from the hustle and bustle to enjoy a slower pace of life around small, rural fishing villages and towns, amid some of the most spectacular coastal scenery in Ireland. West Cork is popular with the yachting crowd who gather each summer in the tiny harbours of Baltimore, Schull and Kinsale, the historic port renowned as the culinary capital of Ireland. In this region of the country, you'll also find Ireland's most southerly point; Mizen Head.

Towns to visit in County Cork

The county capital; Cork Citya> is the second city of the Republic of Ireland and in 2005 was named the European Capital of Culture. During the 10th Century Cork was the Gaelic capital of the province of Munster, a fact the locals remember when they call Cork the real capital of Ireland. Other important towns include 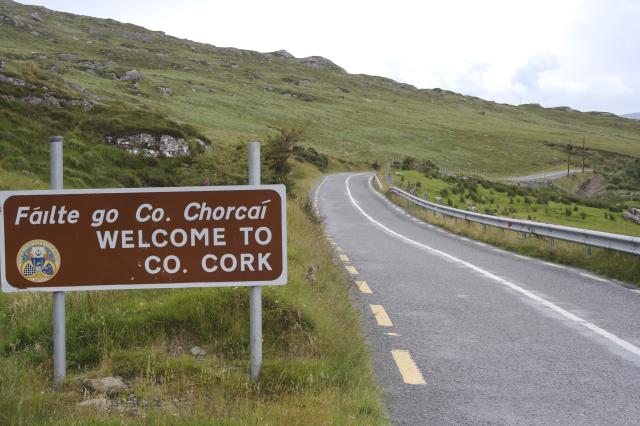 Things to do when you visit Cork

The county includes some of Ireland's most popular attractions such as Blarney Castle with its Blarney Stone, which is said to bestow the gift of eloquence to all who kiss it. Other top attractions include

Cork is also known as the Rebel County, a title stemming from its opposition to British rule throughout history. This rebel character is as much alive in the untamed aspect of the landscape and seems to attract people in search of an alternative style of life. Indeed West Cork is home to a number of artists, musicians and celebrities from film and theatre.

The Rebels also have a rich sporting heritage in the Gaelic games of Hurling and Football. Indeed the all Ireland football trophy; the Sam Maguire Cup is named after a Corkman.

while the parents of Henry Ford, the famous American industrialist, emigrated from Ballinascarthy.